Lionel Messi Looks Super Weird In A PSG Jersey, Turned Down Neymar’s Offer To Wear No. 10 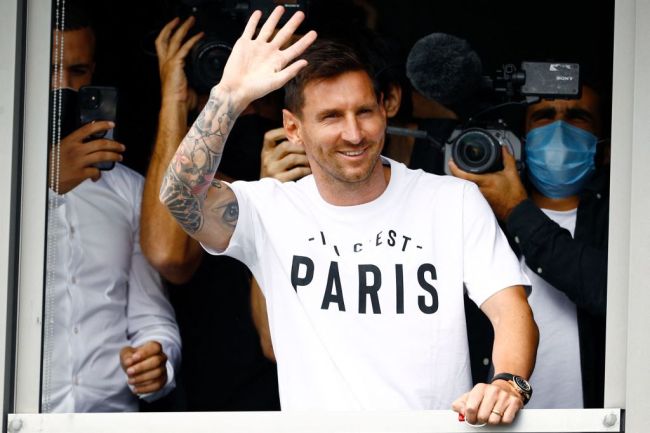 The Lionel Messi era is underway in France. The greatest soccer player of all-time (to many) has officially signed with Paris Saint-Germain.

PSG fans met their new forward at the airport with an absolutely WILD reception. They went even crazier when the club announced that the transfer was official on Tuesday afternoon.

Not only is Messi donning a non-Barcelona uniform for the first time in his senior career, but he is returning to No. 30. The 34-year-old’s first walk around Le Parc de Princes was akin to seeing Michael Jordan take the court in a Wizards jersey or Wayne Gretzky’s first skate with the Kings.

Typically, in soccer, the No. 10 jersey is reserved for the top player on a club or international team. That player is often the captain and Messi wore No. 10 for the majority of his 17-year career with Barcelona.

However, because PSG is loaded with expensive, big-name talent, that number was already occupied by Messi’s good friend Neymar. The Evening Standard reported that Neymar offered the talismanic shirt to Messi, but he declined.

As a result, Messi will wear No. 30. Messi landed on his new shirt number because it was his first-ever number on a senior squad, but it didn’t come without complications.

Lionel Messi will be back in the number 30, which he started with at Barcelona 😍 pic.twitter.com/jmskC1x8Gs

Firstly, the number was already taken by backup goalkeeper Alexandre Letellier. Secondly, No. 30 is considered a goalkeeper number along with the No. 1 and No. 16 jerseys.

Nevertheless, what Messi says goes. He chose the No. 30 and that is what he will wear. It is going to take some getting used to.