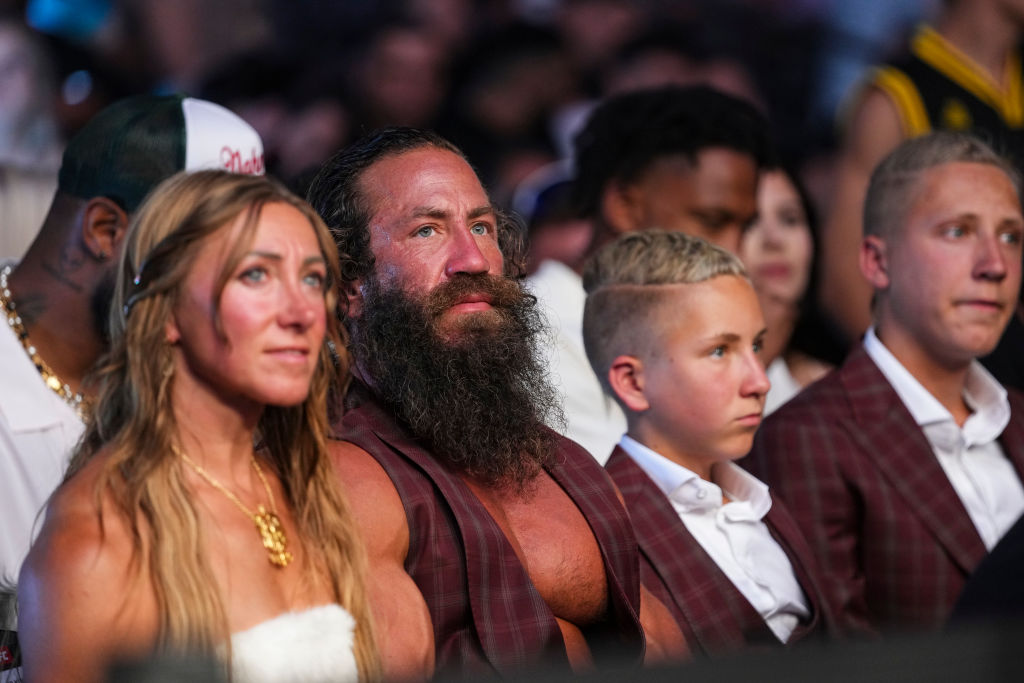 The Liver King doesn’t care if you think he’s cringe or embarrassing.

For those who don’t know, The Liver King is an insanely jacked dude who promotes a “primal” carnivorous diet/ lifestyle and has over.

Over the weekend, the Liver King went viral at UFC 280 in Abu Dhabi when he posted a video of himself sitting in the crowd with his family. In the video, his sons appeared to be rolling their eyes in the background, which led to several snarky comments from people on the Internet.

His kids, quite understandably, look like they've had enough of his shit. https://t.co/QMTB2awEId

Apparently, The Liver King saw people calling him a cringe dad and fired back in an insane Instagram post in which he’s wakeboarding while wearing a Viking helmet with his two sons behind him riding in jet skis.

I could give zero f—s about being the “cool” Dad…

What I do give a f–k about is arming @strykerthebarbarian and @liverboyrad with the weapons to create the life they want to live.

This is called leadership, ownership, agency, and responsibility over one’s life.

It’s my time because innocent kids (just like my own) deserve a goddamn decent chance in the world.

Conquer your inner demons. Because you owe it to yourself… your family… and the next generation to express your highest, most dominant form – Liver King out!