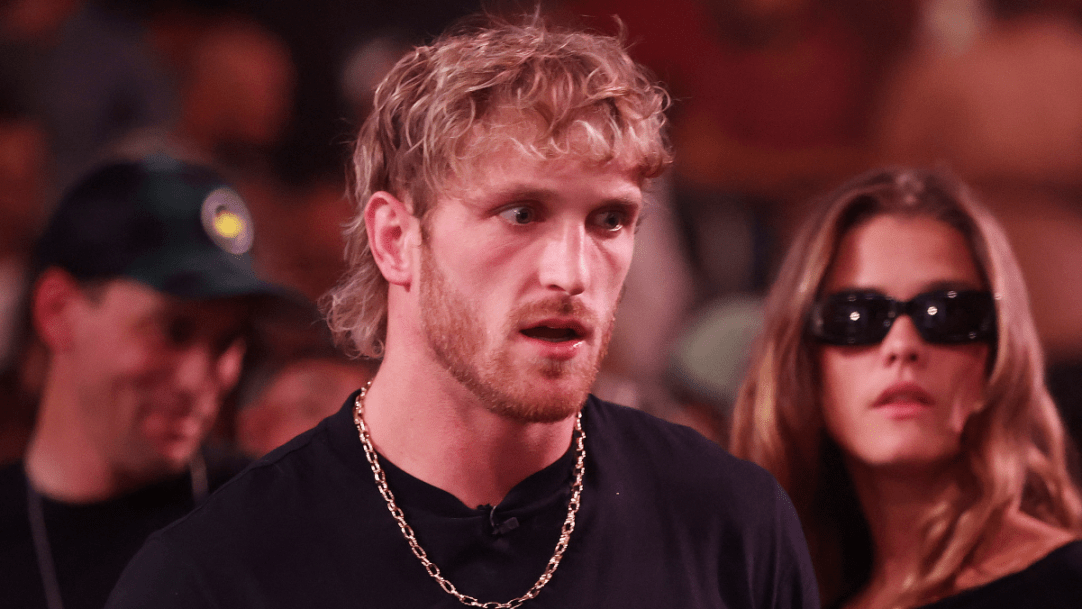 Logan Paul is ready to knock out former kickboxer Andrew Tate. The YouTube star and the former kickboxer who has been kicked off many of the major social media networks have been embroiled in a war of words for a while. Now Logan Paul has had a vision in which he knocks out Andrew Tate in an MMA fight and he shared that vision with the world.

Logan was a guest on the JEFF FM podcast where he shared this vision of choking out Andrew Tate. Tate, of course, is mostly unable to respond to Logan’s comments because Andrew has been banned from Facebook, Instagram, YouTube, and TikTok though he’s been allowed back on Twitter.

In his vision, Logan Paul said he saw their octagon bout ending in the first round by submission. He said:

“I had this vision this morning, real vivid in my head. Me and Andrew Tate finally did it, we finally signed up for a MMA fight. I’m coming in hot, fast – I had this dream, I choked him out in 15 seconds, I’m not kidding, 15 seconds.”

“And then, in this vision, I stood up, I looked up at him and I was almost disappointed for him because I think that’s what would happen. I think I’d destroy him quick and then be like ‘that was the Top G, that was the guy?’ You know what I did? I grabbed the fence and I didn’t move.”

“Then he tried to come in super hot and I just took his back, choked him out and it just took me 15 seconds. I even went to the social afterwards and there’s like a picture of me pointing at him with a look of confusion on my face and the caption would be ‘the real Top G’. I play all these scenarios out in my head.”

You can watch the full podcast episode on YouTube here:

Andrew Tate was a legitimate kickboxer at one point. He was the 7th-ranked light-heavyweight kickboxer in Britain back in 2008. His total kickboxing career record was 76-9 and he’s 2-1 as an MMA fighter.

Logan Paul is seeing a meteoric rise to superstardom in the WWE. He just fought Roman Reigns and went toe-to-toe for most of the match before suffering a gruesome injury. WWE veterans The Miz and Nikki Bella have heaped praise on Logan and think the sky is the limit for him.

So an actual fight against Andrew Tate would be a tough test for Logan Paul, and Logan is clearly tied up by his WWE contract though the details there remain a bit murky for the time being.