Logan Paul Will Allegedly Be Part Of WrestleMania 37 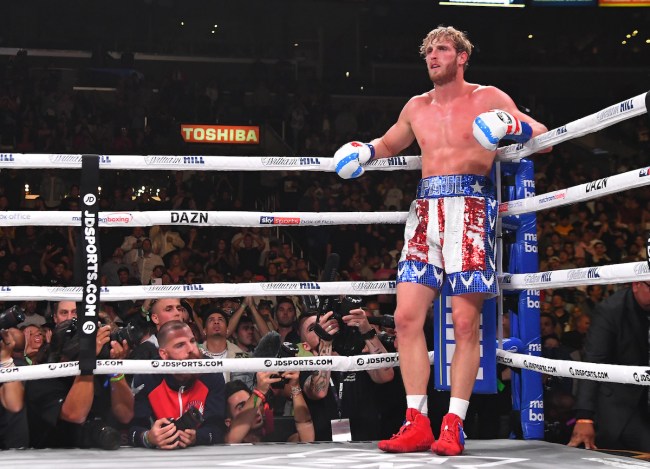 On Friday, there was speculation that YouTube star and part-time pugilist, Logan Paul, would be working with the WWE in some capacity.

A Twitter interaction with WWE star Sami Zayn had fans wondering if Paul would make an appearance on an episode of Smackdown leading up to Zayn’s match with Kevin Owens at WrestleMania 37.

yeah i checked it out. you might be on to something 😯 https://t.co/RtKm0L5mo1

According to some online wrestling sources, the deal could be as good as done.

Ringside News was the first to report that Paul is set to appear at WrestleMania 37.

Ringside News asked around about the Sami Zayn and Kevin Owens match at WrestleMania. We were told that the match’s creative purpose was very clear. It was based around “what do we do with the celebrity participation of Logan Paul?”

Logan Paul is currently slated to be at WrestleMania in some fashion. His name carries a ton of clout and he will undoubtedly drive interest. It was not confirmed what his role will be at this time.

The Wrestling Observer reported that WWE is to feature a celebrity on each of the two nights of WrestleMania 37. Bad Bunny will wrestle The Miz on night one while Paul is expected to be involved with Kevin Owens vs Sami Zayn on the second night.

We recognize there’s a huge percentage of the population that isn’t WWE fans that we want to attract. At the same time we also want to get athletes, pop culture influencers and celebrities into our programming for the same reason.

The rising tide really raises all boats in terms of audience and growth.

WrestleMania has always been a celebrity-focused event and people like Logan Paul and Bad Bunny bring in new eyeballs to the company so these collaborations make a ton of sense.