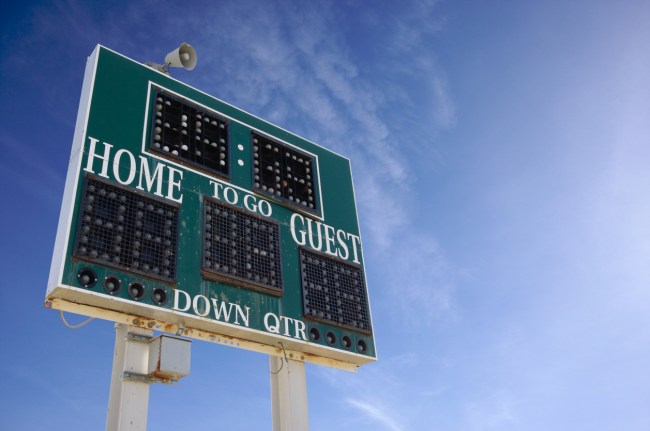 When I was still a young lad, I had the pleasure of playing on a Little League team with a roster that was largely populated by “indoor kids” who were born to pick the grass in right field.

When I rolled up to a game, it was a matter of not “if” but “when” the mercy rule was going to be invoked and I honestly rooted for the other team to amass a ten-run lead as quickly as possible so I could guilt my parents into buying me a Nerds Rope at the concession stand because they wouldn’t let me quit.

I can understand why there was a rule in place to prevent ten-year-olds from getting their feelings hurt but I can’t say the same for higher levels of competition, as I think getting your shit rocked every now and then is a valuable learning experience.

As a result, I can’t help but be a bit flabbergasted by a recent story to come out of Long Island concerning Plainedge High School football coach Rob Shaver, who was recently hit with a one-game suspension for having the nerve to win a game by a score of 61-13 against the previously undefeated South Shore High.

According to USA Today, it appears officials in Nassau County weren’t exactly thrilled that Plainedge (which hasn’t lost a game this season) continued to play its starters until the end of the came and Shaver fell victim to a rule that was instituted three years ago to dissuade running up the score.

This seems to be a bit of a trend, as a high school coach in Arizona decided to resign last month after his own principal chastised him for scoring too many points, and a couple of weeks ago, a youth football coach was fined $500 for doing the same because we live in truly stupid times.