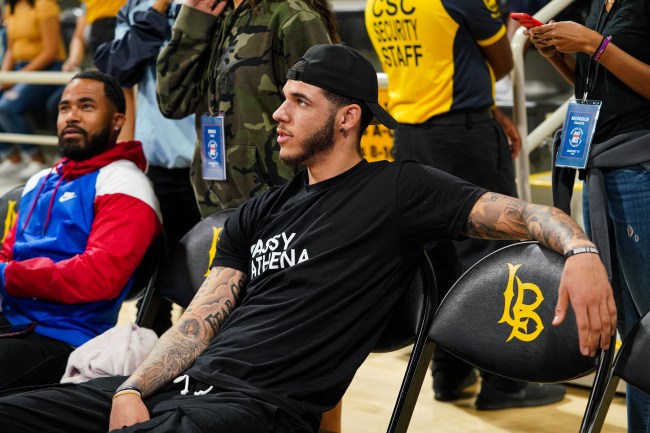 Lonzo Ball is apparently still salty at the Lakers for trading him.

Back in July, Lonzo was moved to the Pelicans as part of the blockbuster trade for Anthony Davis.

Lonzo tried to put on a brave face following the trade but you could tell he wasn’t happy about it.

Lonzo’s reaction to him getting traded to New Orleans 😂😂😂 pic.twitter.com/b9fQoF7HE1

Today, Lonzo released a new rap song called “Last Days” with the lyric where he says that the LA is going to “regret their decision” for trading him.

“You know I’m all about business
LA is going to regret their decision.”👀 pic.twitter.com/JqUionL2kn

I’m not dissing anybody I loved my time in LA. I use my music as an outlet to express things that happen in my life #50and30 out now! Let me know y’all favorite track 👌🏼 pic.twitter.com/xBhI3Ld6ZK