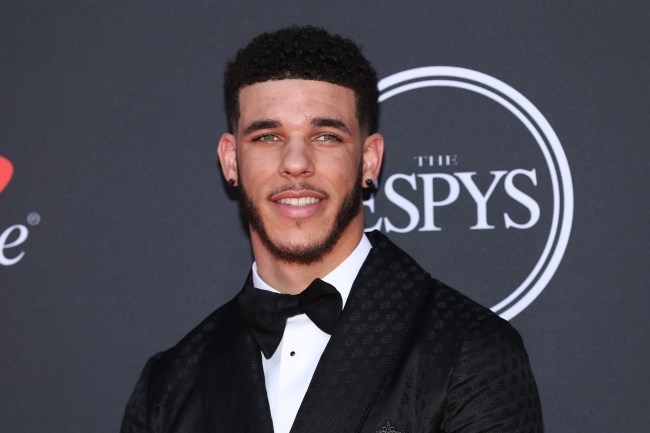 Lonzo Ball was once believed to be the next superstar for the Los Angeles Lakers. While that may still very well happen, Ball won’t be becoming a star with the team that drafted him No. 2 overall in the 2017 NBA Draft, because, as we all know, he was part of the blockbuster trade that brought the Lakers Anthony Davis. And, while Lonzo — who is from Los Angeles and famously had his dad, Lavar Ball, pronounce that his son would be a Laker one day — might have been disappointed in being shipped away, he actually said he’s “excited” about his next chapter.

In an interview with ESPN, Lonzo Ball discussed some of his feelings after the major swap went down, including his mindset as he heads to the New Orleans Pelicans. In the point guard’s eyes, the chance to play alongside major talent like No. 1 overall pick Zion Williamson and others makes him pumped to get things going with his new team.

“I’ve been hearing my name for two years now,” Ball said. “So it didn’t bother me at all. We were all ready for it.”

“I was kind of excited, honestly. I kind of figured someone was going to get moved soon enough. I knew Anthony Davis wanted to come bad. Anytime you can get a guy like that, you are going to have to do what you have to do to get him. So I was kind of already just waiting for it, honestly, and I was happy to go with two guys I am comfortable with in B.I. [Brandon Ingram] and JHart [Josh Hart]. I am excited to see what we can do.

“I tell people when I was a rookie, I probably would have been sad. Just being from L.A., having my whole family here and wanting to be a Laker. But being in the league for two years, knowing it’s a business, as long you get to play, that’s a blessing in itself. I’m excited to get started.”

Obviously, Lonzo Ball’s saying all the right things right now. Is he excited from a basketball standpoint? Probably, because he does have tons of young and talented parts to work with. Away from the court, though, there’s no way he’ll be as relevant as he was in L.A., which might be a good thing given all the distractions and dysfunction that his family, and Big Baller Brand in particular, have brought.

But with a fresh start with the Pelicans and an opportunity to (probably) just focus on basketball and nothing else, Lonzo Ball could just develop into the player many believe he has the talent to become. And, whether you like the guy or not, it’s hard not to root for him given all the trade rumors, inconsistent play and injuries that he’s had to battle since entering the league.