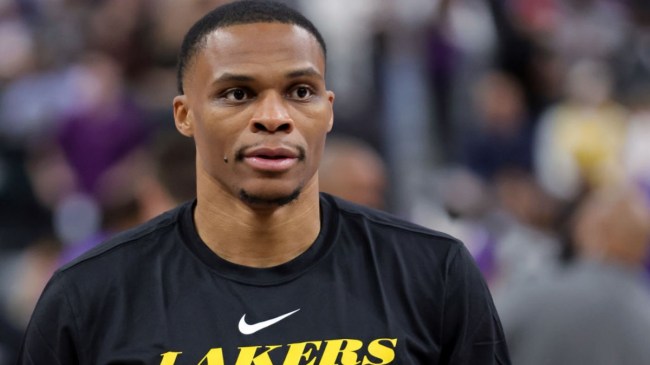 The Los Angeles Lakers are just 1 game into the new season and there is already some Russell Westbrook drama for them to deal with.

The Lakers were beaten handily by the Golden State Warriors in their season opener in a game where Westbrook posted 19 points, 11 rebounds, and 3 assists. The performance was actually a solid one for Westbrook, but after the loss, he had an interesting comment on a hamstring injury.

He claimed that he injured the hamstring in the Lakers’ preseason finale because he came off of the bench.

It’s another chapter in a strange sage where the Lakers spent all offseason trying to trade Westbrook after he had only been with the team for one season. Nothing ever came of their trade pursuit as they were unwilling to package a pair of first rounders with him to entice teams to trade for him.

However, it has recently been revealed that they turned down a very intriguing offer. According to The Athletic’s Tony Jones, the Lakers rejected an offer from the Utah Jazz that would have had them send 2 1st round picks to Utah with Westbrook in exchange for a 2023 1st round pick, Bojan Bodanovic, Mike Conley, and Rudy Gay to LA.

Yes. Both picks for bogey/Conley/Gay, with a 23 first rounder going back to the lakers

This trade would have given the Lakers another 1st round pick they might have been able to use for another deal or they could have just drafted somebody to give them a bit more youth on the roster.

Instead, the Lakers opted to roll with Westbrook for another year and they’ll hope the results are better than last year.