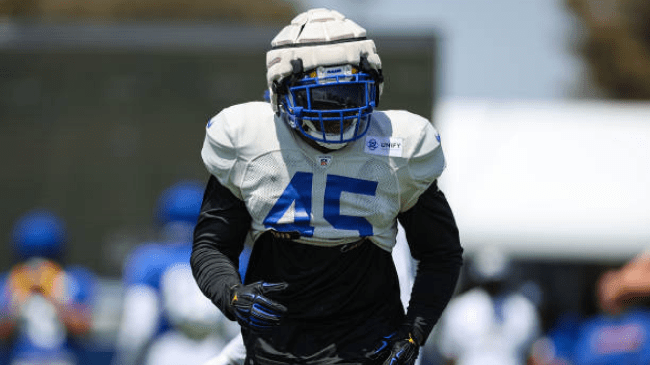 Los Angeles Rams GM Les Snead was on the receiving end of a surprising text message this offseason. The text message came from somebody referring to themself as “Bwagz”, who was interested in playing for the Rams and wanted to give Snead his contact information in case the interest was mutual.

There was just one issue. Snead and the rest of the Rams organization weren’t sure if it was real.

Les Snead thought it might be a hoax. The text message sender claimed to be Bobby Wagner.

The team did their due diligence on the text and figured out that it was, in fact, from Bobby Wagner. At that point, they still had to figure out how he would fit with their roster and how they would be able to sign him while also staying under the cap.

The departure of Von Miller, who left for the team’s first opponent of the season, created an opening on the roster and Snead was able to work his usual cap magic to make Wagner’s contract fit for the team and eventually the Rams were able to bring in Wagner.

Wagner joined a defense that was an integral part of the Rams’ Super Bowl success last season and it’s a defense that will be called upon for a big performance early on this season as the Rams take on a high-powered Bills offense in Week 1.

It likely won’t take long for the Rams to be very happy that they didn’t just ignore that “hoax” text message after they see Wagner as a piece of their defense tonight.