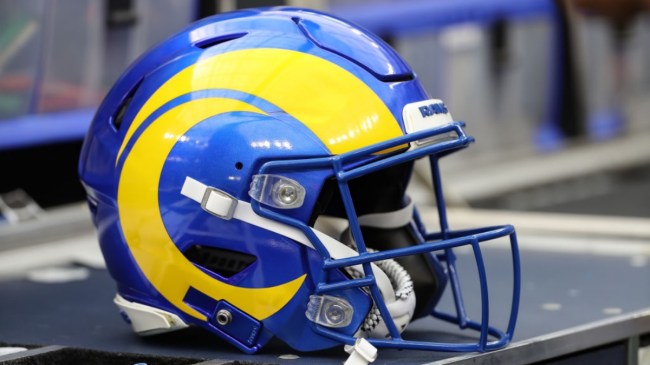 The Los Angeles Rams have surprisingly had issues at running back this season. They were expected to enter the season with the position as a strength with Cam Akers and Darrell Henderson running the ball.

They immediately had a controversy at the position as Henderson got the start in Week 1 over Akers. Over the following few weeks, Akers worked his way back to being the starter.

Unfortunately, shortly after he became the starter, the Rams revealed that they would be trying to trade him. They haven’t traded him yet, but were still involved in the Christian McCaffrey sweepstakes. While they lost out on the star running back to a division rival, they still may have reinforcements coming soon.

#Rams RB Kyren Williams was designated to return off of injured reserve. Opens his 21-day window to be activated.

Williams could be just the piece the Rams have been waiting for. The Rams have averaged the second least rushing yards per carry and per game throughout this season, but Williams had no such problems in college.

Kyren Williams was a standout running back at Notre Dame, posting 1125 rushing yards and 13 touchdowns while adding 35 catches for 313 yards and a touchdown as a receiver during his sophomore season.

As a junior, he posted another 1002 yards and 14 touchdowns as a runner and 42 catches for 359 yards and 3 touchdowns through the air.

So far this season, the Rams’ running backs have struggled on the ground and as receivers. Akers and Henderson have combined for 16 catches for 95 yards this season.

Williams would give the team a dependable receiver out of the backfield, which could be very beneficial given the team’s blocking issues and he also proved to be a very good pas blocker at Notre Dame.

There Likely weren’t many people expecting Williams to make much of an impact for the Rams’ running game when they drafted him in the 5th round, but now it looks like he could soon be an important part of this offense.