2017 Trick Play Of The Year Nominee: Louisville Women Fooled Duke Into Guarding Wrong Basket For The Easiest Two Ever 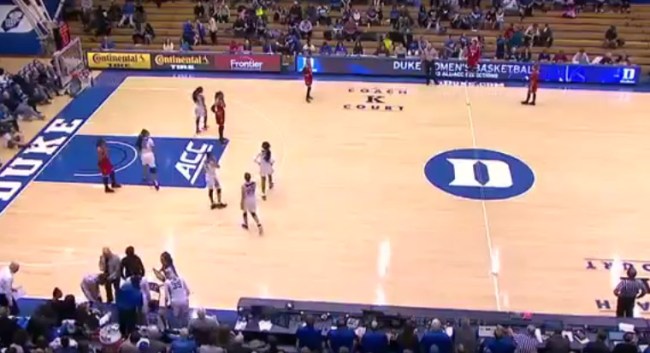 We’re only three days into 2017 and we may already have the trick play of the year as the 8th-ranked Louisville women somehow fooled the 13th-ranked Duke into guarding the wrong basket resulting in the easiest bucket they will score all season.

Coming out to start the third quarter after the halftime break, Louisville coach Jeff Walz sent his team to the wrong end of the floor, on purpose. In other words they pretended to be shooting towards the same basket they had in the first half. Amazingly, Duke didn’t realize this and left Louisville’s real half of the court completely undefended.

Unfortunately, it still wasn’t enough to grab a W as Duke won 58 to 55, but at least they already provided one of the best highlights we will probably see in 2017.

Have to love how quiet the announcers got while they too tried to figure out what in the hell just happened.