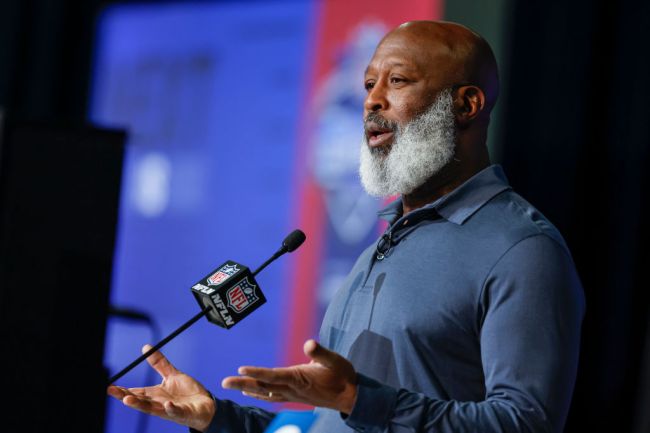 Davis Mills surprised many football fans last season when he was able to win games as the starting quarterback of a talent-starved Houston Texans squad. His performance convinced the Texans to avoid drafting a quarterback this season in favor of seeing what Mills could become.

This week, Lovie Smith held a press conference at Texans OTAs and revealed that he believes Mills could become an excellent quarterback.

We are live with HC Lovie Smith + players after OTAs ⤵️ https://t.co/85DqMzAiNg

“Every day we’ve opened up the building, he’s been in here. He’s our quarterback. When you’re the leader, you’ve got to be visible. It’s been documented on what I think of Davis. I think he’s going to be an excellent quarterback in the NFL for a lot of years, but it’s about this year. Having a year, he and [offensive coordinator] Pep Hamilton getting on the same page with our offense, and him being in a role from the start, that’s different also. But that’s what you do. You have a chance for him to establish himself as one of our primary leaders each day.”

We knew the Texans had enough confidence in Mills as their starter to give him another year at the helm, but “excellent” still seems like a stretch. He was absolutely a serviceable starter last season, but he didn’t really show much of a ceiling.

In 13 games, including 11 as the Texans’ starter, Mills threw for 2664 yards, 16 touchdowns, and 10 interceptions. Surprisingly, that actually made him one of the NFL’s best rookie quarterbacks last season, but it was a year that painted him as more of a game manager than anything.

Maybe with the help the Texans got him in this year’s draft, he’ll be able to prove he can be more than that in the future.