Even After Winning The National Championship, LSU Isn’t One Of The Two Best Teams In The Country Per ESPN’s Football Power Index Rankings 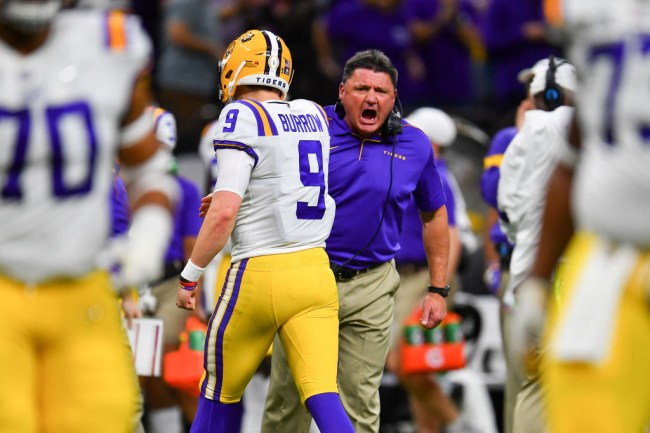 LSU came from behind to beat Clemson in the national championship game on Monday night by the count of 42-25. That, of course, makes LSU the best team in all of college football, but don’t tell ESPN that.

According to ESPN’s end of season Football Power Index rankings, the Tigers aren’t the No. 1 team in the country. In fact, LSU isn’t even the second-best team in all the land.

The end of season FPI rankings has LSU behind both Ohio State and Clemson. Yep, according to ESPN’s numbers, Clemson, the team LSU just throttled in the national title game is a better football team than them.

Here is a look at the Top 15 in the final FPI rankings:

You may be wondering what exactly is the Football Power Index. Here’s how ESPN describes it:

“The Football Power Index (FPI) is a measure of team strength that is meant to be the best predictor of a team’s performance going forward for the rest of the season. FPI represents how many points above or below average a team is. Projected results are based on 10,000 simulations of the rest of the season using FPI, results to date, and the remaining schedule. Ratings and projections update daily.”

It’s interesting that the description states that the results are based on 10,000 simulations of the rest of the season, but what happens when the season is over and LSU is crowned national champs? Apparently, that isn’t enough for them to mathematically jump the Buckeyes or Clemson.