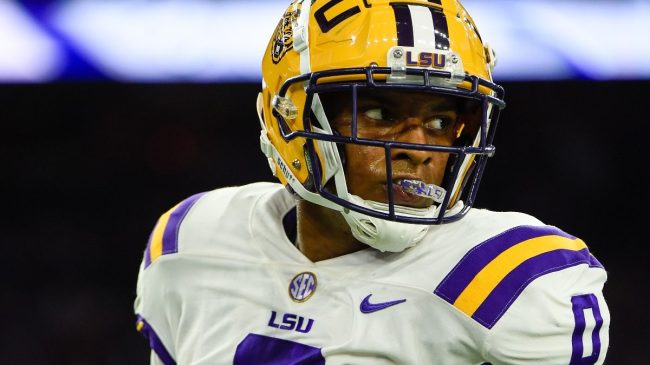 It was a rough evening for the LSU Tigers after they lost in the most dramatic way imaginable to the Florida State Seminoles. However, it sounds like the Tigers’ defense might have taken a major hit after Maason Smith fell to injury. We’ll see what happens, but it’s not looking great for one of college football’s biggest stars.

After LSU made a brilliant play, Maason Smith ran over to celebrate with his teammate. He jumped up and landed awkwardly on his left leg, immediately grabbing for his knee. It didn’t look good when it initially happened. This could be a brutal blow to the Tigers as they were hoping to get back into the top 25 and compete this year.

Official word has not come in yet, as the LSU star is undergoing an MRI. However, based on the clip, many are speculating that Maason Smith has suffered a season-ending injury. There was a ton of hype surrounding him entering the 2022 season, as he flashed throughout his freshman campaign.

Luckily, time is on his side. Smith could potentially receive a medical redshirt and bounce back next year if the injury truly is as serious as speculated. Additionally, he’s not eligible to enter the NFL for another couple of years. For that reason, his future in the league isn’t in peril as he has plenty of time to get back to 100 percent. However, LSU’s defense might struggle this season.