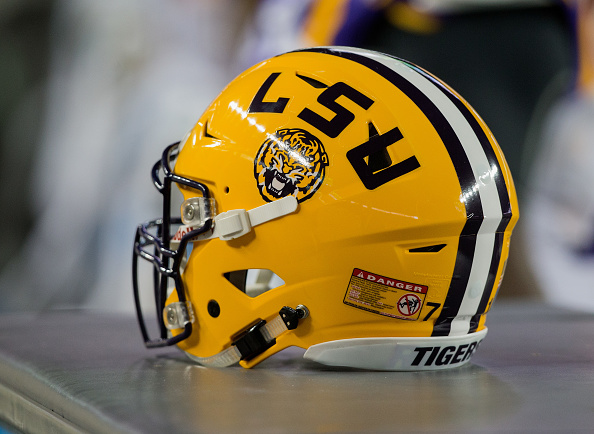 A fight broke out on the field after last night’s wild Texas A&M -LSU game that went to seven overtimes.

Immediately after the game ended, a video surfaced of LSU Director of Player Personnel Kevin Faulk throwing punches at a man in an Aggies shirt.

Apparently the man in the Aggies shirt struck an LSU assistant coach who suffers from Parkinson’s disease.

POSTGAME | #LSU director of player personnel Kevin Faulk and an unknown man with what appears to be an #Aggie bench credential throw punches on the field after @AggieFootball defeated @LSUfootball in 7-OT @theadvocatebr pic.twitter.com/H7EvCNmoIv

Word is that this person punched LSU's Steve Kragthorpe, who is suffering from Parkinson's.

Can confirm that #LSU analyst Steve Kragthorpe, who has Parkinson's was punched by the fan.

Kragthorpe is okay now. Faulk threw back the guy who hit him. https://t.co/jrGitiyeyq

LSU analyst Steve Kragthorpe, a team special assistant who suffers from Parkinson’s disease, was punched on the field after the Tigers’ seven-overtime loss to Texas A&M, an LSU offical told The Advocate early Sunday.

Kragthorpe was checked out after the punch and is OK.

LSU director of player personnel Kevin Faulk was seen in a post-game skirmish on the field. The man sparring with Faulk is wearing a red Texas A&M shirt and a game credential.

Gordy Rush, the sideline reporter for LSU radio, said on WDGL-FM 98.1 that after the game was over, Texas A&M wide receiver coach Dameyune Craig ran to the LSU sideline and trash talked. He also said the man wearing the red shirt was the one who punched Kragthorpe.

As of now Texas A&M is still looking into the matter and has yet to identify the man involved in the scuffle.