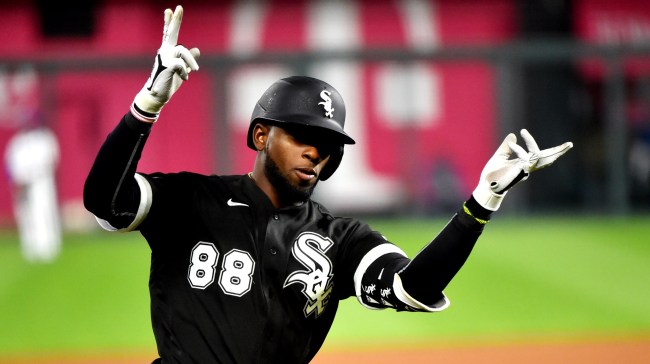 What would you do with your money if you were 24-years-old and had a contract that would pay you $50 million? What if you were a really big anime fan and owned a tricked out Lamborghini Aventador SVJ? If you’re Chicago White Sox outfielder Luis Robert you shell out around $10,000 to get your supercar a glow-in-the-dark Naruto wrap.

According to TMZ, Robert paid around 10 grand for his orange and yellow supercar wrap, which in addition to Naruto also features Sasuke on the hood as well as Minato and Madara on the doors.

The custom job was done by Alex Vega of The Auto Firm in Miami, Florida.

Here’s what Luis Roberts’ Lamborghini looked like before the custom Naruto wrap.

The best part of it all might be the fact that the entire thing glows-in-the-dark.

As is none other than Prime Time himself Deion Sanders, who was introduced to The Auto Firm by Miami native Ochocino.

The Miami Police Department has even gone to Alex Vega for a little customization.