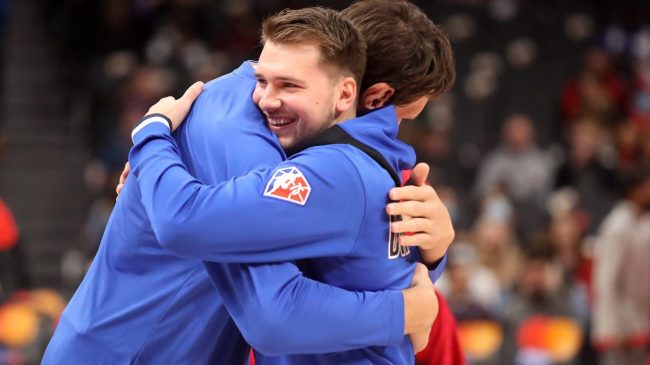 One of the best friendships on the basketball court has now split.

Boban Marjanovic, along with Trey Burke, Sterling Brown, and Marquese Chriss, has been traded to the Houston Rockets in exchange for center Christian Wood. The Rockets also picked up the 26th pick in the upcoming NBA Draft in the blockbuster deal.

Wood provides the Mavs with a legitimate scoring threat down low. The big man averaged 18 points a night while adding 10 boards a game in the 2021 season. This, after notching 21 points a game in 2020. He could help form a potent high-low tag team with Luka Doncic.

While the move signifies that Dallas is serious about improving a roster that just got to the Western Conference Finals, it’s also splitting up the duo of Boban and Luka.

The two have been entertaining to watch over the years, not necessarily for their play on the court, but for their friendship outside of basketball.

Now, they’ll play in different Texas venues, no longer lining up for the same squad. The split has the NBA world reacting on social media.

Twitter is going crazy with reaction following the trade. No one is happy to see the two European stars split.

Check out the immediate response below.

"What are your thoughts on the Wood-Boban trade?"
Luka: pic.twitter.com/D8iOXERovI

Truly a sad day in the NBA.