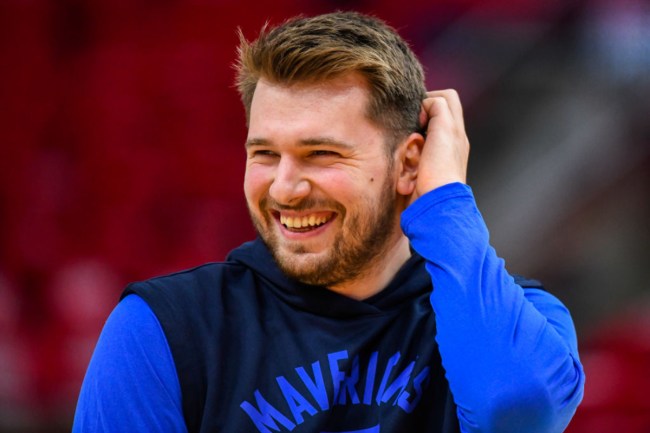 Chris Paul had a night to forget as his Phoenix Suns fell to the Dallas Mavericks on Sunday with the series now tied 2-2. Luka Doncic played a big role in Paul’s frustrating outing.

Paul, who finished the game with just five points, quickly got into foul trouble in Game 4 and fouled out with just under nine minutes left in the fourth quarter. It was Paul’s fourth foul that got under his and every Suns’ fans skin.

With under two seconds left in the first half, Paul missed a floater and went up for the rebound alongside Doncic. Paul made contact with Doncic, but the Mavs guard fell to the floor as if he had been hit by a small car.

Chris Paul picks up his 4th foul at the end of the 1st half 👀 pic.twitter.com/Z1YXxJYSaI

Paul was whistled for his fourth foul on the play, which played a major role in how the rest of the contest played out.

Lil Wayne even chimed in on Twitter after the play, calling Doncic “a ho.”

Doncic knew exactly what he was doing in the situation. He knew Paul was in foul trouble, so why not sell out, fall to the floor, and see if he can get CP3 for another foul.

After the game, Doncic explained that Paul came over and asked him if he pushed him as hard as he made it seem. Doncic was honest about flopping but said that it was a smart play, which it absolutely was.

Luka Doncic says Chris Paul asked him after the foul call in the final second of the first half, “Did I push you that hard?”

Doncic’s answer: “No, but it was a smart play.”

While Doncic admitting to flopping on the play will upset plenty of NBA fans, you have to tip your cap on his situational awareness on the play.