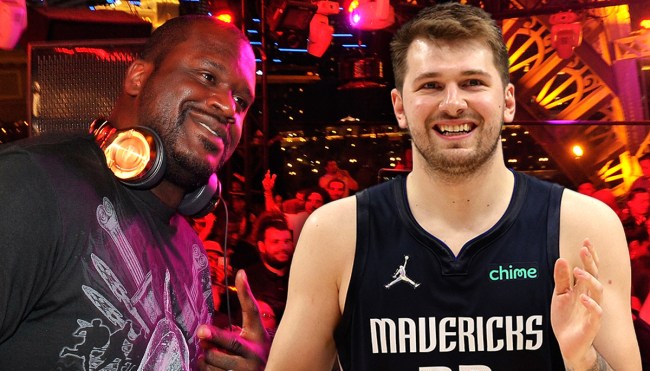 Shaquille O’Neal is best known for being one of the most dominant big men in the history of the NBA, but the legendary Hall of Famer has always had plenty on his plate outside of basketball.

His attempts at acting didn’t really pan out as he’d hoped (although he has done pretty well for himself plugging an impressive array of products), but the same can’t be said for his forays into the world of music.

The rap albums he released in the 1990s may not be considered hip-hop classics, but his debut album did manage to go platinum, and it’s hard to argue he doesn’t know how to hold his own in the booth.

O’Neal is also a fairly accomplished DJ, as he spends a good chunk of his spare time spinning at venues around the world when he’s not derailing installments of Inside the NBA and filming commercials to sell insurance with the help of an animated general.

Shaq’s most recent gig brought him to Croatia, as DJ Diesel performed to a crowd that had gathered at the Diamond Club located on the island of Krk on Thursday night—one that included a special guest in the form of Luka Doncic.

Shaq invited the Mavericks superstar to join him on stage at one point during the set, and the two of them were filmed channeled every single person who listened to “We Fly High” in 2006 following a beat drop.

Doncic was later caught departing for a quieter spot—a clip that I’m primarily including due to the fact that you can see he’s rocking a fanny pack at a nightclub.

Maybe it’s a bit too loud for Luka 😁 pic.twitter.com/dr3WuBldGA

What a fashion icon.