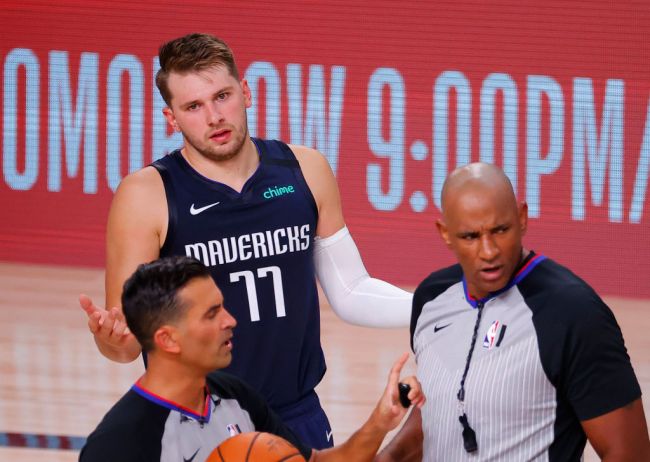 Luka Doncic is a human highlight reel and is the definition of a one-of-a-kind player, but if there’s one knock against him it’s that he whines and complains far too often. Given the current state of the NBA, just about every player in the league could be labeled as a complainer, but most would tab Doncic as the captain of that club.

Doncic has been whistled for 16 technical fouls this season in 60 games played. One of his 16 technicals from earlier in the year was rescinded by the league, so he technically has 15 techs to his name, but that most certainly does not take away from the fact that he’s a serial complainer. Having said that, it sounds like he’s finally opened his eyes and realized that he is, in fact, a whiner.

Following the Mavericks’ win over the Nets on Thursday, Doncic addressed the issue of complaining during his postgame interview.

It’s no secret that Doncic knows that he’s just one technical foul call away from receiving an automatic one-game suspension by the league, hence the recent comments. It’s been interesting to see the dynamic evolve around Doncic as a must-watch player to now a must-watch player that’s known for moaning to officials more often than not.

For those that don’t think Doncic is a big-time complainer, this seven-minute video compilation of him getting upset and whining paints a different story.