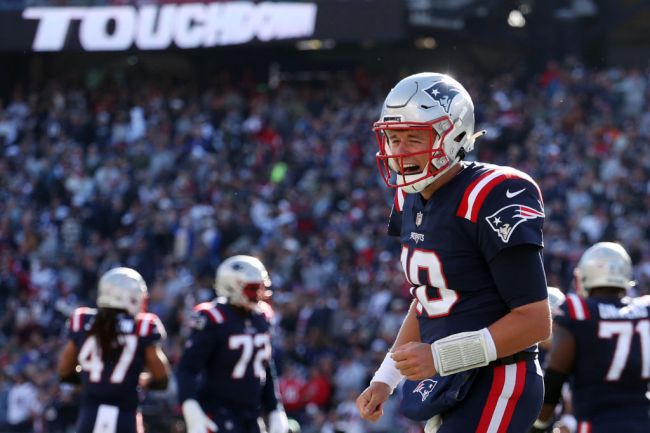 Practically every professional athlete has some sort of routine they go by, especially on game days. For a majority, that routine consists of food as some athletes get into the habit of eating the same pregame meal.

New England Patriots rookie quarterback Mac Jones is one of those guys.

Jones recently made an appearance on WEEI radio’s ‘Merloni and Fauria‘ and shared what makes up his pregame meal, one he’s been eating for several years.

“It’s always the same thing regardless of the kickoff,” Jones said. “Same thing in college. Just getting into a routine. I’ve eaten that at six in the morning before 11 o’clock games in college. It’s just part of the routine that I’ve gotten into. It just kinda gets your mind ready. It’s nothing crazy. I think it’s a pretty simple meal.”

Steak and eggs is one of the finer combos out there, but adding spaghetti to the mix is an interesting move, to say the least.

Jones is of course carbo-loading like Michael Scott before games, but just the thought of eating eggs and spaghetti together sounds less than appetizing. One of those two would have to go for me, and pasta would get the boot every single time.

And for his postgame meal? It’s not really a meal, but he’s turned into a big Mochi ice cream lover.

The pregame meal has worked pretty well for Jones seeing as how he won a national championship as QB at Alabama and is putting together a strong rookie campaign in New England.