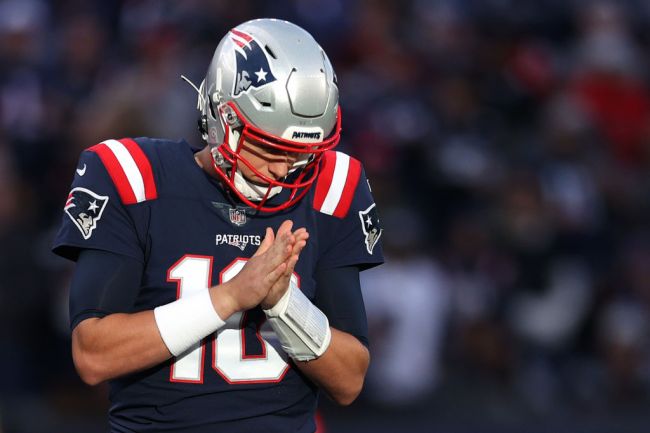 Oh my goodness. Welcome to the NFL, Mac Jones.

During Sunday’s game against the Cowboys, the Patriots’ rookie quarterback experienced his first big-time slobberknocker on the next level. On 2nd-and-16 inside Dallas territory, Jones dropped back in the pocket and got ROCKED.

After faking the handoff on the play-action, the 23-year-old was met by Randy Gregory. Right tackle Justin Herron completely missed his block on Gregory, who threw a modified swim move, and left Jones out to dry.

He never saw it coming.

Gregory, who stands 6-foot-5, 255 pounds of pure muscle, wrapped Jones around the waist, lowered his shoulder into the chest and laid him out. It was textbook.

Jones was completely blindsided and fumbled on the play. Credit to him though, he popped right back up.

Take a look at the VIOLENT hit: