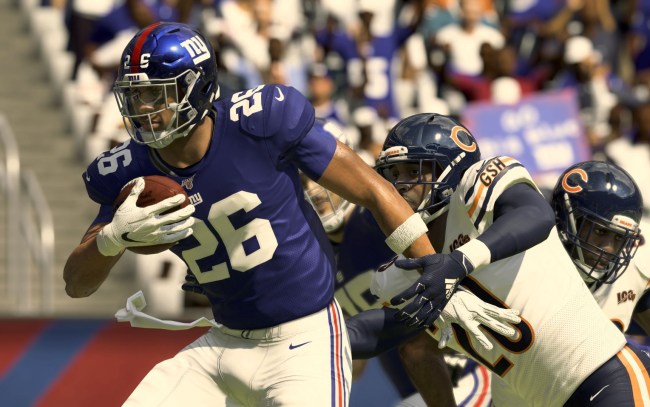 EA Sports was set to debut its first look at Madden NFL 21 on Monday, but have elected to hold off amid the protests around the United States over the killing of George Floyd. There are very serious things taking place in seemingly every major city in America at the moment and the first look at the latest edition of Madden, which we can probably assume isn’t going to differ much from last year’s version, is the last thing on most people’s minds.

EA put out a statement detailing their decision to delay the preview stating ‘we stand with our African American / Black community.’

We stand with our African American / Black community of friends, players, colleagues and partners. Our immediate attention is on actions we can take to drive change against the unjust treatment and systemic bias that is plaguing the nation and our world.

We’ll find another time to talk football with you. Because this is bigger than a game, bigger than sports and needs all of us to stand together and commit to change.

Last week, EA announced that it signed a new deal, an extension essentially, to ensure they’ll be the only company that can produce a realistic football game until at least 2025.

Lamar Jackson is set to grace the cover of Madden 21 and has been vocal about embracing the so-called ‘Madden curse.’