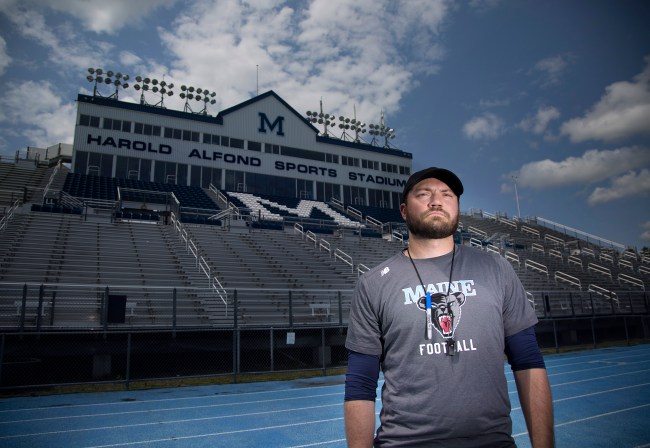 I must make it clear that it pains me to bring this news to you. I ain’t no snitch, but I knew getting into this blogging business, there would be times when I’d have to get my nose dirty.

When Nick Charlton was named Maine head football coach back in December 2018 at the tender age of 30, he became the youngest Division I football coach in the country. It appears that Mr. Charlton is still living young, wild, and free if this video footage from Maine’s home loss to Towson is any indication.

Charlton was bagged on the sidelines allegedly being handed something sneakily by another coach (who, for the record, looks like every coke dealer I’ve ever dealt with. I mean a friend of mine’s dealt with). With goods in hand, Charlton then seeks cover in the background. The husky guy follows him and holds up a laminated play sheet, to which Charlton ducks behind and appears to allegedly do a little quick sniff.

Maine Black Bears head coach seems to be a fan of coke & I'm not talking about the drink…pic.twitter.com/zXNX9XCPQx 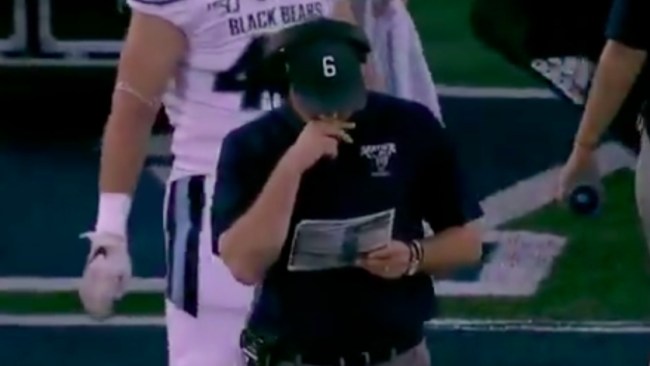 While it cannot be confirmed that the sketchy exchange was an in-game cocaine break, just the possibility has prompted me to enroll in the University of Maine. I still have four years of athletic eligibility and two hungry nasal passages. Fuck uniform combinations, get me a coach who fucking parties.

Hmm wonder if these are Maine black bears 😂 pic.twitter.com/Yj4aaRvksl

How many years coaching football do you have?

Do you theoretically have any moral qualms with hiding a coke problem in game?