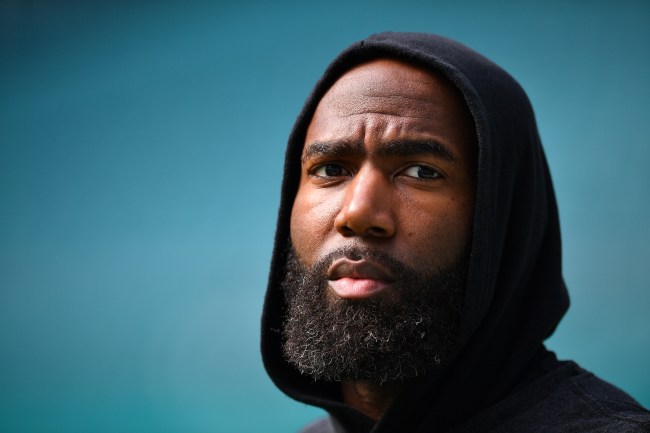 Saints’ Malcolm Jenkins has chimed in on the DeSean Jackson situation and has somehow made things worse.

Earlier this week, the Eagles wide receiver found himself in hot water after he shared a quote attributed to Hitler where he supposedly says he would start World War III to stop white Jews in America from oppressing the Black community.

Jackson has since apologized multiple times for his insensitive social media posts.

Om Friday, Saints defensive back and CNN contributor Malcolm Jenkins offered his opinion on the matter and admits that Jackson was “wrong” but wanted to move on because the debate was distracting from the Black Lives Matter movement.

We gotta stay focused. All of this back and forth that’s going on right now is a distraction. Comments were made, and they were wrong. Allow those who were impacted by it to voice their grievances.

But we’ve got to stay focused. Because Breonna Taylor’s killers are still not arrested. We’re still fighting for justice. We’ve got a lot of work to do. And this ain’t it. Stay focused

We can honor the Jewish heritage and trauma while staying focused on what matters. Jewish people aren’t our problem, and we aren’t their problem. Let’s not lose focus on what the problem truly is, and that’s that black lives still don’t matter in this country.

Jenkins was immediately criticized for his IG caption,

.@MalcolmJenkins writes that while DeSean Jackson is wrong: "Jewish people aren’t our problem."

Jenkins is seeking support from others against racism he faces as a minority but won't offer such support towards another group that is attacked by the ignorant and hateful? pic.twitter.com/Gkl6J1r5rj

Malcolm Jenkins, who made a tearful video criticizing Drew Brees when he said that kneeling for the anthem is disrespectful, calls the outrage over DeSean Jackson invoking Hitler and Louis Farrakhan a “distraction”
pic.twitter.com/NJc3OsEndy

malcom jenkins: drew should shut the f**k up

malcom jenkins: jewish oppression is not our problem

Here's where I fall on Malcolm Jenkins finally weighing in on the DeSean controversy today:

—Treating antisemitism as a "distraction" from that fight is not at all the way forward
—Fear of focus diverted from BLM is understandable for various reasonshttps://t.co/bnUbUbJZHj