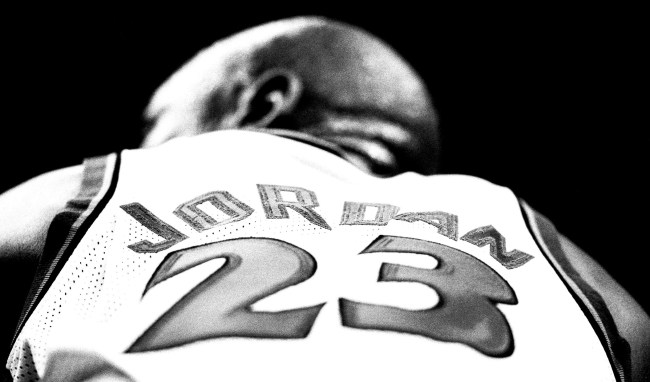 One of the men convicted of murdering Michael Jordan’s dad James Jordan, Sr. in July of 1993, Larry Demery, was granted parole on Tuesday and will be a free man in the year 2023.

(Yes, the irony of the year Demery’s release will take place has not gone unnoticed.)

Demery, who was 17-years-old at the time, was one of the two men involved in the killing of Michael Jordan’s dad James as he slept in his car at a rest stop in North Carolina on his way home from a funeral.

The other was Daniel Green. Green has maintained his innocence in committing the murder, but does admit he helped dump James’ body. He won’t be eligible for parole until October 2021.

James’ death played a monumental part in Michael deciding to retire from the NBA in the prime of his career and go play baseball for the Chicago White Sox organization.

Green, who was 18 when James Jordan was killed, has said he and Demery were both at a cookout when his friend left to meet someone for a drug deal. Green said he stayed at the party because he was flirting with a woman there. Demery returned hours later, Green said, appearing shaken and asking him to help dispose of James Jordan’s body in the swamp.

Green has said Demery told him he mistook James Jordan for a drug connection and shot him after an altercation.

During their trial, Demery testified that the pair was going to just tie up James Jordan. He said that Green decided on his own to pull the trigger, shooting and killing Jordan.

The North Carolina Post Release Supervision and Parole Commission published a letter which states Demery, now 45, who pled guilty to first degree murder, armed robbery, and conspiracy to commit robbery, will be released on on August 6, 2023 as part of the Mutual Agreement Parole Program, pending his remaining on good behavior.

Letter from the Parole Commission announcing the parole approval for Larry Demery, one of the men accused of murdering James Jordan, father of Michael Jordan. Demery was sentenced to life in prison. He'll be released in 8/2023 contingent on good behavior. pic.twitter.com/JmKbO0H8N6