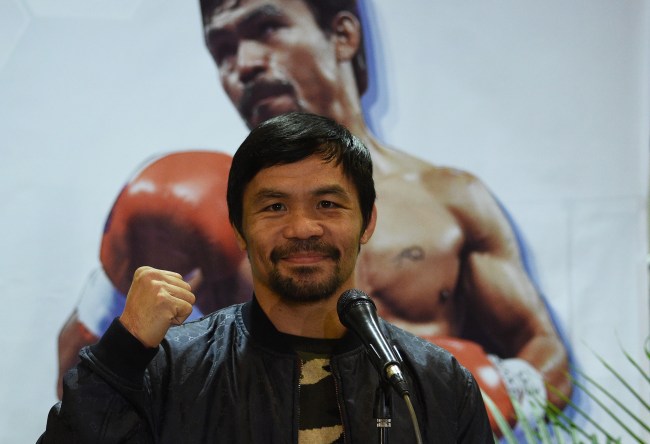 Manny Pacquiao was set to make his return to the boxing ring in July but has decided to put his fighting career on hold to serve the people of the Philippines during the pandemic crisis.

Pacquiao, who is a senator in his native country, is ready to go above and beyond] including putting his health at risk to help his fellow Filipinos who are being affected by the Covid-19 virus.

Pacquiao, told the Manila Bulletin on Saturday that “he’s not afraid to die” while trying to help people. Pacquiao expressed concern, too, that looting will take place if people “living in the streets” aren’t fed.

If you are a leader, you have to lead and let the people see that you are with them,” he said. “You must not hide because you are afraid. I grew up poor so I know what they feel.”

In the past couple of weeks, Pacquiao has donated 50,000 test kits and 700,000 face masks to help health professionals in the country combat the coronavirus.

The Jack Ma Foundation, in partnership with the Manny Pacquiao Foundation, will be providing 50,000 test kits to combat COVID-19 in the Philippines! #mannyscorner #pacquiaofoundation pic.twitter.com/1cg9OSXutU