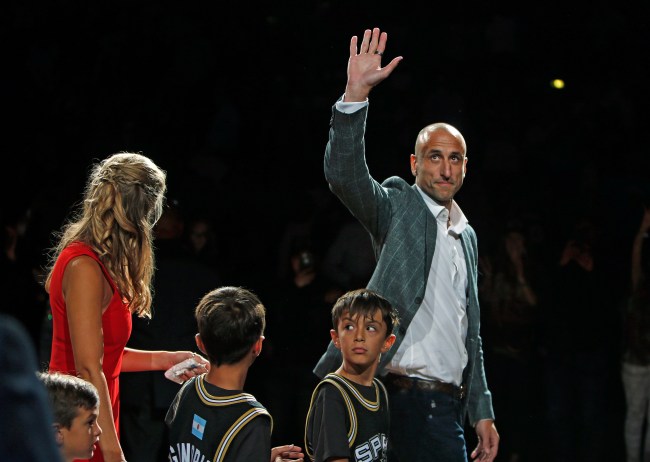 Future Hall of Famer Manu Ginobili can spend the second act of his life on the beaches of Buenos Aires sipping frozen drinks and banana-boating.

Boris Diaw, Tiago Splitter, Patty Mills, and Manu made their own Spurs version of the banana boat.

After 16 seasons, four NBA titles, a pair of All Star appearances, and hundreds of millions in salary earnings alone, no one would shame the 42-yea-old for getting drunk and fat.

Instead, he’s saving the lives of poor old grandmothers.

A woman posted her tale about her encounter with Manu on an Argentinian beach.

The head of my grandmother faced a sand dune alone to go to the truck and fell, 2 men were running to help her, picked her up and accompanied her, when we were arriving we see that photos begin to be taken with one, we thought it was ridiculous AND WAS MANU GINÓBILI!

The Euro-step changed the game of basketball. We have @manuginobili to thank for that. pic.twitter.com/eXUL3BNkTy