Map Of America Reveals Who The Richest NFL Player Is From Each State (Sup, Brock Osweiler?) 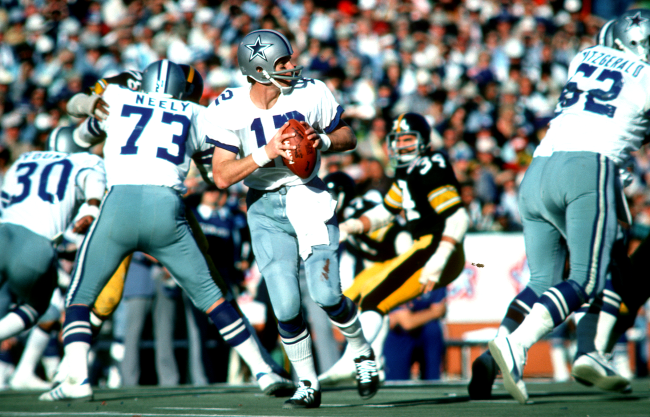 For example, Patrick Mahomes’ current deal will end up paying him $450 million. Josh Allen’s current contract is worth over $258 million. Dak Prescott, Deshaun Watson, Matt Ryan, Khalil Mack, and Russell Wilson will all make more than $140 million from their current deals.

In fact, right now, there are 24 NFL players with contracts that will pay them more than $100 million.

Buffalo Bills tackle Dion Dawkins’ current contract will pay him more than $58 million, and his contract is only the 100th highest paying contract in the league.

That doesn’t even count players who are no longer in the NFL like John Elway, Drew Brees, Peyton Manning, and Howie Long, who are also richer than Scrooge McDuck.

Out of curiosity on the subject, the folks over at OnlineGambling.com decided to dig a little deeper and find out exactly who is the richest player from each state in America.

What they discovered is pretty interesting.

Out of the 52 richest NFL players overall, 34 of them are currently retired.

The richest NFL stars from each state range from $600 million to $1.2 million in net worth.

Tom Brady is the richest active NFL player, and second overall, with a net worth around $250 million.

Roger Staubach, however, is far and away the richest NFL player in the world with a net worth of $600 million.

Only two of those players, Brady and Jenkins, are still active. (But for how long?)

What NFL fan will ever forget Brock Osweiler and the ridiculous deal the Houston Texans threw at him? He ended up earning more than $41 million in seven years for completing a grand total of 697 passes. $15.225 million of that came from the Cleveland Browns, for whom he never threw a single pass. 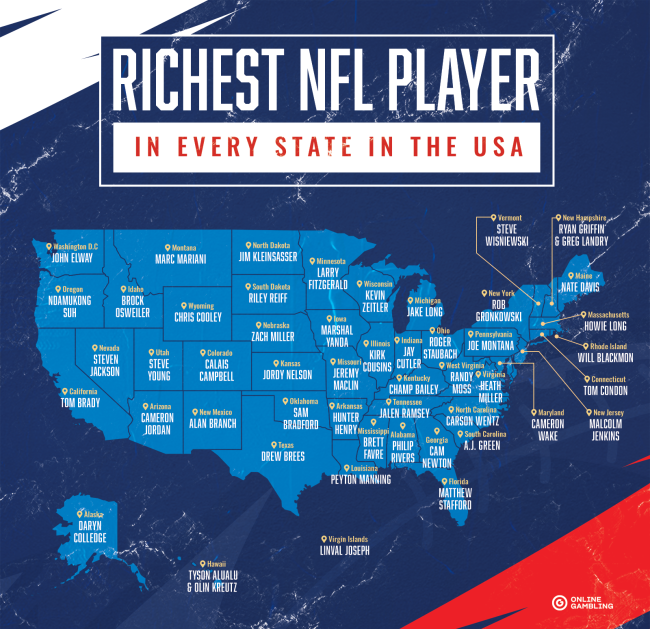