Braves Star Marcell Ozuna Allegedly Strangled Wife, Hit Her With His Cast In Front Of Police 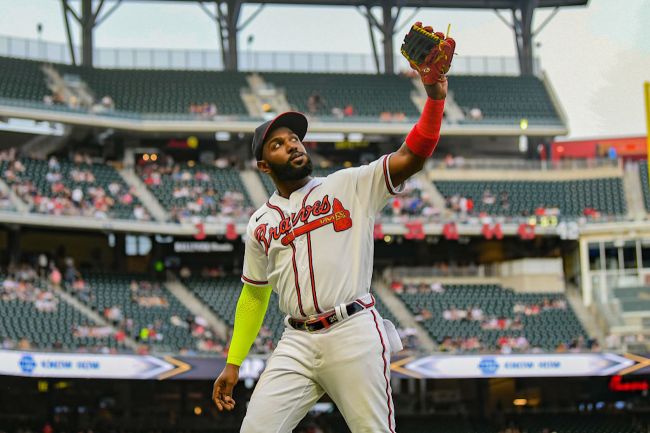 Atlanta Braves outfielder Marcell Ozuna, 30-years-old, was arrested on Saturday, May 29, after he allegedly choked his wife and threw her against a wall, according to Sandy Spring police in Georgia.

According to police, as responding officers arrived at Ozuna’s Windsor Cove home regarding an “assault in progress”, they noticed that the front door was open and hear screaming coming from inside. As a result, the officers entered the home, where they saw Ozuna strangle his wife before throwing her against a wall. Officers were then able to take Ozuna into custody “without any further incident”.

In addition to strangulation attempts, the suspect also struck the victim with his arm which has a cast from a previous injury. Preliminary investigation has revealed this incident to be domestic related between the suspect and his wife, both residents of the Windsor Cove home.

Ozuna — who is currently on the injured list due to two broken fingers he suffered while sliding into third base during Tuesday’s win over the Boston Red Sox — signed with Atlanta following a 2020 season that saw the Dominican outfielder finish sixth in National League MVP voting.

As a result of his arrest, Major League Basell will put Ozuna on the restricted list, therefore prevent him from collecting a paycheck. Here’s the official statement from the Atlanta Braves organization regarding Ozuna’s arrest:

“We learned of Marcell Ozuna’s arrest earlier this evening and immediately informed the Commissioner’s Office. The Braves fully support Major League Baseball’s policy on domestic violence which stresses to the fullest that our society cannot and will not tolerate domestic violence in any form. Until the investigation is completed, we will have no further comment.”

Ozuna has been charged with aggravated assault by strangulation and battery. Ozuna’s wife, who did not suffer any visible injuries, was taken to the hospital as a precaution.

The Braves will take the field again tonight against the New York Mets. First pitch is at 7:08 p.m. EST.