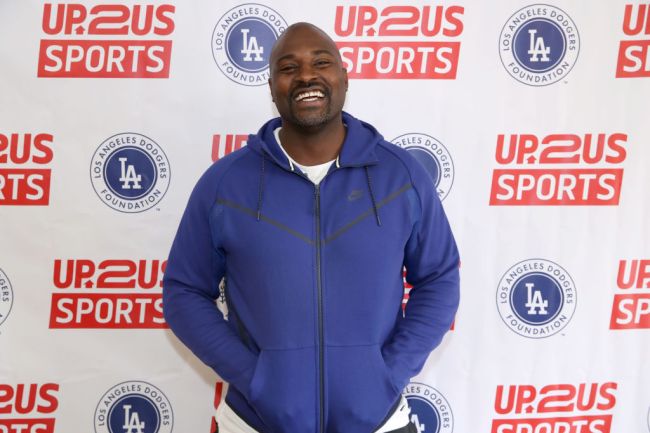 An all-out brawl broke out during New York Giants training camp last week that left quarterback Daniel Jones on the bottom of a pile. The fight prompted New York Jets head coach Robert Saleh to explain to the media that the Jets have had a “fight-free camp.”

On Thursday’s edition of ‘Speak For Yourself,’ Wiley went on a rant explaining that the Jets clearly have “no fire” because they’re not fighting at camp. He believes players not throwing punches at one another means they lack the will to push themselves to be the best they can be.

“This team ain’t got no fire.” pic.twitter.com/2kEBxfjla2

It’s obvious that Wiley, who played in the NFL from 1997-2006, is trying to explain that it’s odd that there hasn’t been a single fight during Jets camp with guys fighting for spots on the roster. This is Wiley’s attempt at saying ‘do whatever it takes,’ and his ‘whatever it takes’ including fighting your fellow teammates.

It’s not the worst take ever, and certainly not the best, just a pretty poorly worded rant from Wiley.