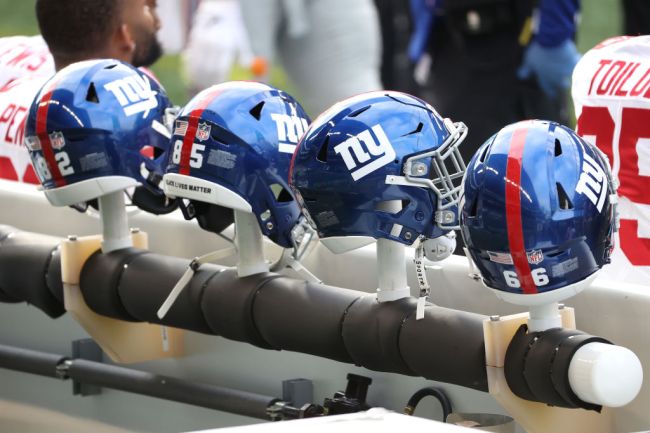 Practice for the New York Giants on Tuesday turned into pure chaos after an all-out brawl broke out that left quarterback Daniel Jones at the bottom of the pile.

According to the New York Post, the brawl that drew just about the entire 91-man roster began when running back Corey Clement was hit by Xavier McKinney.

You would imagine the hit on Clement would have to be rather vicious for a massive brawl to break out, but the video shows the tackle wasn’t out of the ordinary at all.

Here’s the hit by Xavier McKinney on Corey Clement that triggered the brawl at Giants camp today. Video from ⁦@Giants⁩ pic.twitter.com/c8BJuZmJ6C

Clement appeared to be caught off guard when McKinney came through to tackle him, but besides that, it’s a pretty standard tackle. You could argue it’s a hard tackle for training camp, but it wasn’t egregious by any means.

Things apparently escalated after the hit when Evan Engram went up and shoved Jabrill Peppers. Logan Ryan then came up and shoved Engram to the ground which is when all hell broke loose.

“I don’t regret anything I did out there,” Ryan said. “I was protecting my guy. I’m a grown man and I’ll pay my dues. That’s what this league is about.”

Giants head coach Joe Judge wasn’t happy with what he saw. He broke up the fight with an f-bomb-filled tirade and cursed out his team. Judge then made his team run goal-line to goal-line sprints followed by push-ups more than once.

None of Judge’s f-bombs or the Giants running sprints made the post-practice compilation video, to no surprise.

Clement wasn’t discouraged with the brawl breaking out. He said the team was laughing and joking once all the dust settled.