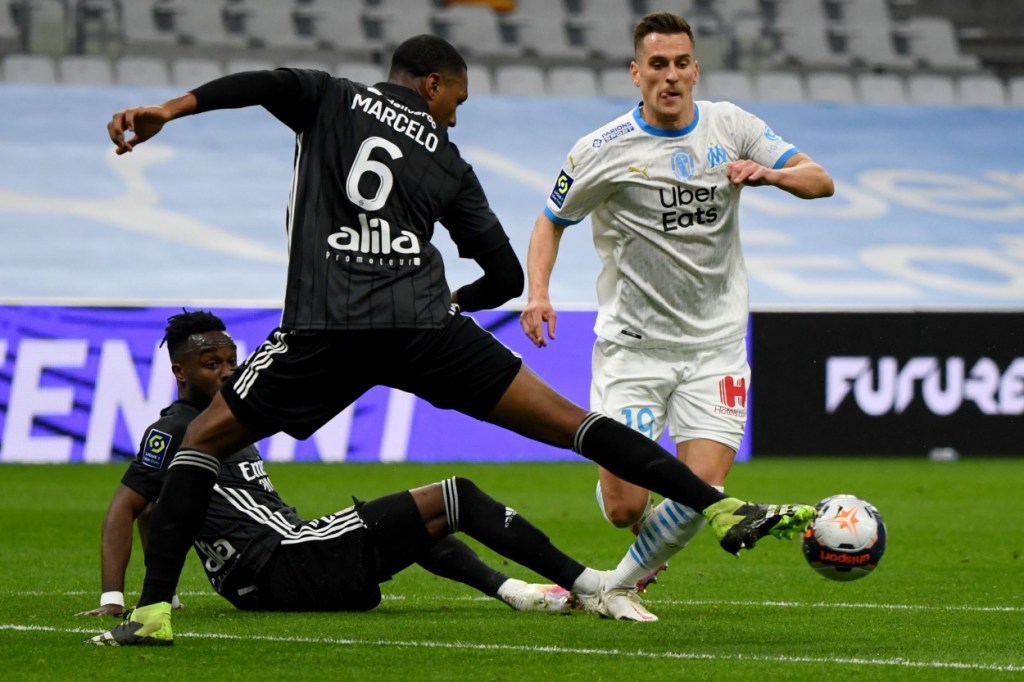 In terms of ‘memorable ways to get fired’ I’m having trouble thinking of another professional athlete who has ever been fired for anything like this. It has been revealed that Brazilian soccer star Marcelo (Marcelo Antônio Guedes Filho) was fired from Olympique Lyonnais, commonly known as Lyon or OL, for ripping heinous farts in the locker room and laughing about it.

Prior to being demoted to the second team, Marcelo had appeared in 11 games for Lyon in Ligue 1 and scored 3 goals in his limited appearances. In the wake of this explosive fart scandal, it’s being reported that Lyon’s sporting director Juninho Pernambucano (a fellow Brazilian) didn’t like Marcelo and used Fartgate as an opportunity to oust him from the team.

The gist of Marcelo’s juicy fart scandal is this: he was ripping stanky toots in the locker room and giggling about it with teammates. And the team’s leadership used that as an opportunity to approach him and remind him that his performances in games had been as trashy as his rectal emissions. Now, the entire soccer world is laughing about Marcelo getting fired for farting with thousands of tweets about it.

🚨 Marcelo was permanently removed from the Lyon squad for farting in the locker room and laughing about it with his teammates.

Juninho, who did not like him, decided to take the opportunity to remind him of his poor performances on the pitch and fired him.

Brazilian defender Marcelo was dropped from Lyon due to continuous farting and laughing in the dressing room, sources have told ESPN.https://t.co/LlsglsTl3I pic.twitter.com/NA2Jt0IlMa

Marcelo is currently on contract with another Ligue 1 team, Bordeaux, throughout the 2021/22 season but has yet to feature in a game for them. Let’s see what soccer fans are saying about this farting story, shall we?

Juninho waiting for Marcelo to fuck up: pic.twitter.com/uqDiyb2hTA

I’d understand an Uber driver giving Marcelo a 2 or 3-star rating for ripping farts so stank they peel paint. But getting fired from a job for farting in the locker room is perhaps the funniest way a pro athlete has ever lost his or her job.

He tried to gas them up? pic.twitter.com/Grey7QnAXF

For real, what’s this man supposed to tell his family? His entire legacy as a professional soccer player will now be forever tied to getting fired for farting in the locker room…

– How did you end your career grandpa?
– *Marcelo farts* https://t.co/N4FWgTVJHk

If you don’t love sports for producing stories like Brazil’s Marcelo getting fired for farting then I’m left with no choice but to assume you and I have nothing in common because this is one of the funniest pro sports stories in years.