March Madness: Cinderella Picks From Each Region Of The Bracket 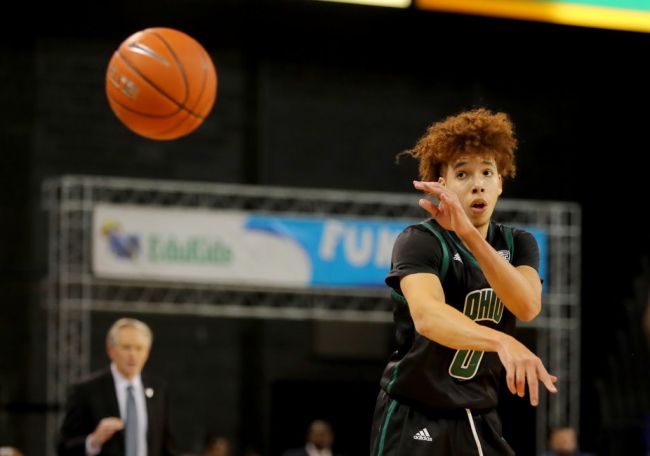 It never fails, each year a team comes out of nowhere and shocks the world during the NCAA Tournament. Maybe they make a deep run, or maybe they just pull off a first-round exit before crashing back to earth in the second round, but nevertheless, cinderella teams show up every year.

The 2021 NCAA Tournament is going to be unlike anything we’ve ever seen before as every game will be played in Indianapolis and the risk of a positive test pop up and spoiling any team’s chances of making a run to the Final Four. Nothing would be more on-brand for this year to see a cinderella team make a legitimate run toward a national championship.

Let’s take a region-by-region look and pick out four teams that could shock the world this year.

The MAC Tournament champs have gone through quite a bit of adversity this year having five games canceled and another six games postponed during the regular season. The Bobcats have only taken the floor 23 times all season. Some may argue they haven’t been tested enough, others may say they’ll be fresh and primed to give Virginia a run for its money in the first round.

This Ohio team goes as point guard Jason Preston goes as he leads the team in scoring with 16.6 points and 7.2 assists per game to go along with 6.8 rebounds per contest as well. He scored 31 points in a 77-75 loss to No. 1 seed Illinois earlier in the year. As a whole, this team can score in bunches as it finished 17th in the nation putting up 80.9 points per game. The Bobcats aren’t afraid to let it rip from deep either averaging 23.5 three-point attempts per contest.

Just looking at the first-round matchup, Virginia ranks 347 in the nation averaging 62.4 possession per game. Ohio averages 73 possessions per night, so this will very clearly be a ‘who can control the tempo’ sort of game.

Related: March Madness: How To Pick A Team To Root For In The NCAA Tournament

The Bonnies were the A-10 regular-season and conference tournament champions and are statistically one of the most well-balanced squads in the country ranking in the Top 50 in both offensive and defensive efficiency. The one downside of this team is that it gets very little bench production and relies heavily on its five juniors in the starting lineup.

LSU in the first-round will be an extremely tough matchup as LSU is loaded with scorers. Then the Bonnies would get Michigan in round two, another brutal test, but this is an experienced team that’s won six of its last seven games entering the big dance.

This may be a sucker play as every talking head on every network has seemingly picked Winthrop to knock off Villanova in the first round with Collin Gillespie out for the Wildcats, but this Eagles team, on paper, is extremely well-round. Winthrop ranks 18th, 35th, and 72nd in points per game, rebounds per game, and assists per game, respectively. Defensively, the Eagles aren’t too shabby either ranking in the Top 25 in forcing turnovers.

Point guard Chandler Vaudrin, a legitimate triple-double threat, could all of the sudden turn into everyone’s favorite player if Winthrop knocks off Nova.

You may say that a six seed isn’t necessarily a cinderella, but it’s not as if SDSU is a national powerhouse by any means. This team simply knows how to win having won 14 straight games entering the tournament. Among the Aztecs’ 23 wins this season include comfortable victories over both Arizona State and UCLA as well.

SDSU likes the three-ball, and rightly so, seeing as how it hits 37.5% of its shots from beyond the arc, good enough for the 37th best three-point percentage in the country. Matt Mitchell leads San Diego State in scoring with just over 15 points per game to go along with a field goal percentage of 43.7%.

The Aztecs’ opening-round matchup against Syracuse is an interesting one as the Orange barely snuck into the field but still carry that traditional blue-blood mojo into the tournament.