March Madness: How To Pick A Team To Root For In The NCAA Tournament 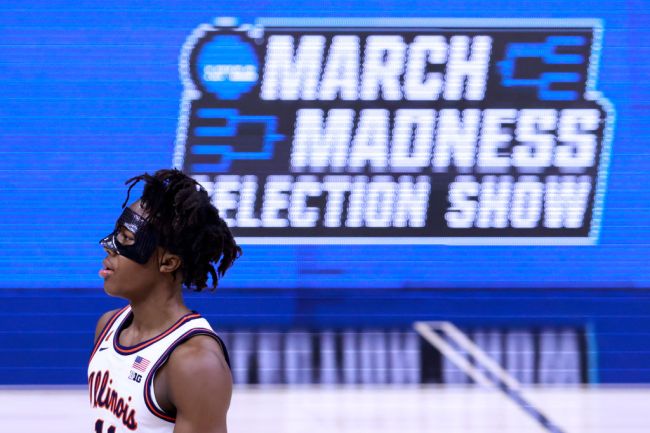 Given how unique the 2020-21 college basketball season was, you may be struggling to find a team to root for in the NCAA Tournament. Plus, if we’re being honest with ourselves, the bracket itself could get shaken up throughout the tournament due to the virus, and specifically contact tracing, so if there’s ever been a year to not take things all that serious, this is it.

You’re not going to pick the perfect bracket, so the most enjoyable route in all of this is to pick one team to win the whole thing. For the super casual fan, it’s probably pretty easy to randomly pick a team and ride with them, but maybe March Madness is your favorite event in sports and you struggle to choose a squad. Regardless of where you fall, we’ve got you covered on how to choose a team to pull for in March Madness.

Pull For Your Alma Mater

This is an obvious one, but maybe you went to a mid-major and your alma mater may have just snuck into the field and there’s a zero percent chance they make a deep run. But who cares? Your school was lucky enough to make the dance, millions of other college hoops fans can’t say that, so ride with your alma mater if they’re in the field every single time.

Ride With The School You ‘Almost’ Went To

If your alma mater didn’t get into the field and you still want to root for a team you’re somewhat attached to, why not pick a school that you ‘almost’ attended. You know, the school we all have that we didn’t even apply to, but you still tell people you were close to going there.

One of the best things about March Madness each year is that we get to learn about some of the best players in the country that you literally have never heard of until they go off for 25 points in an upset win. Plus, more often than not, the nation’s top scorers play for a mid-major program, which is the case again this year with Oral Roberts guard Max Abmas leading the nation in scoring averaging 24.2 points per game.

Abmas puts up almost 17 shots per game and is shooting just under 49% from the field this season. Maybe roll with the 15 seed Oral Roberts to stun Ohio State in the opening round. Illinois’ mask-wearing Ayo Dosunmu is another example of pulling for a specific player instead of a team. He’s electric and averages over 20 per night.

Pick A Team You Haven’t Seen Play Once This Year

Unless you’re just a college hoops freak, there’s no shot you’ve seen every team in the field play this season. Maybe you haven’t seen the team with your own two eyes, but you’ve heard positive things about them so you say ‘what the hell’ and go with them to win it all. If you live on the East Coast, maybe go with a team out West, and vice versa.

Choose The Team With The Coolest Nickname

Here are some of the best in this year’s field:

UCSB Gauchos – The freain’ Gauchos, how do you not pull for this squad?

Grandy Canyon Antelopes – A school located in the desert having the nickname Antelopes isn’t too crazy, but it’s still a nickname you never hear.

St. Bonaventure Bonnies – The school used to carry the nickname ‘Brown Indians’ but dropped the name in 1992 well before they were canceled by the Internet. Now, they go by Bonnies, which is a play on words and is a wolf they’ve essentially just made up. Their mascot’s name is Bona Wolf.

North Texas Mean Green – You have to love a simple nickname. ‘Hey, our colors are green, let’s just make our nickname Mean Green.’

Drexel Dragons – Dragons? In Philadelphia? Come on now. Low-key one of the better, most unique-looking logos in all of college sports.

Drexel wins the CAA Championship and is headed to the NCAA Tournament for the first time in 2️⃣5️⃣ years! 🚨 @DrexelMBB pic.twitter.com/z2rGgN9yoM

Go Bold, Pick A Double-Digit Seed To Win It All

Again, we’re here to have fun and not take ourselves too seriously. Since 1985, when the field was expanded to 64 teams, only five double-digit seeds have made it to the Final Four with Loyola Chicago being the last to do so in 2018. The odds aren’t in your favor for this to happen again, but just imagine how cool you’ll look if you pick a double-digit seed to make a run and you’re one of only a few people in the country to do so.