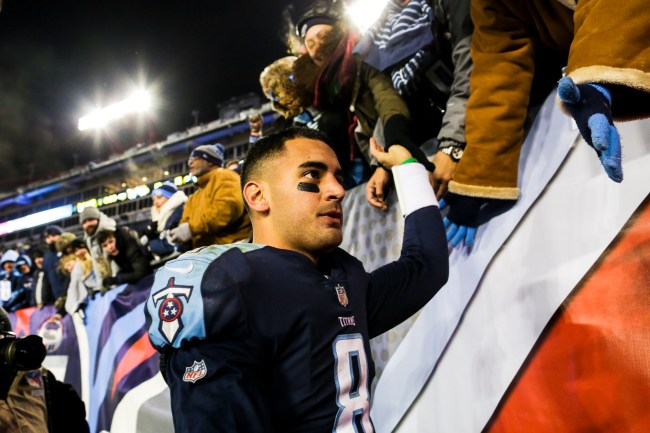 After a disappointing junior season in the NFL in which he threw a career-low 13 touchdowns coupled with a career-high 15 interceptions, it would have been easy for Marcus Mariota to sulk the entire offseason. But, the 24-year-old Heisman Trophy winner demonstrated that he’s not going to let a bad season control his attitude and affect his responsibilities.

Mariota attended a Tennessee Titans Special Olympics event at its stadium on Saturday and didn’t just show up to check it off his community service list. The Titans quarterback stayed until the event ended, interacting with every child and making sure he didn’t leave until every single Special Olympian caught a pass from him. The below video shows a kid struggling to catch a pass after multiple attempts, but Mariota stays patient and encourages the young dude until he hauls in a pass from a pro QB.

“I just like seeing their faces light up,” Mariota said after the event. “I enjoy being around them. I think they’ve got such a great perspective on life, and they’re always so happy.”

Adam Germek, president of the Special Olympics of Tennessee, said the event was a memory that the kids would cherish for a long time–“I heard one of our athletes say this is the best day of his life.”

Meanwhile, Aldon Smith just got arrested for the third time in two months.