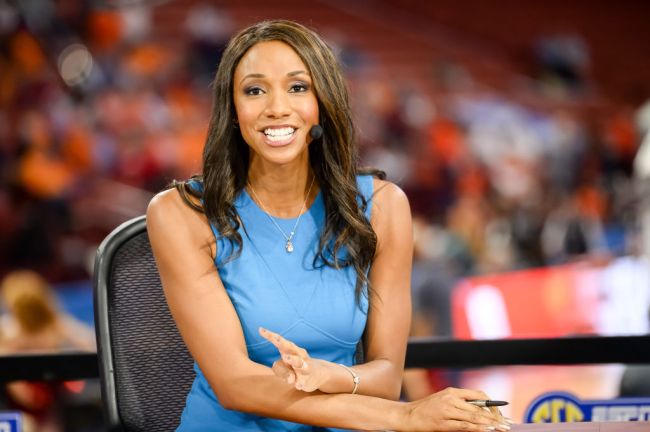 It appears ESPN isn’t willing to give Maria Taylor the “Stephen A. Smith money” she was seeking before her current deal expires on July 20, despite offering to triple her salary to $3 million per year.

Three million is shy of the reported $5 million baseline the 34-year-old is after, thus Taylor and ESPN jointly announced today that after much discussion, an agreement on a contract extension could not be reached. Her last assignment for ESPN was Tuesday night’s NBA Finals telecast.

“Maria’s remarkable success speaks directly to her abilities and work ethic. There is no doubt we will miss Maria, but we remain determined to continue to build a deep and skilled talent roster that thoroughly reflects the athletes we cover and the fans we serve. While she chose to pursue a new opportunity, we are proud of the work we’ve done together.”

“So thankful to Jimmy and all of my great teammates and friends at the SEC Network, College GameDay, Women’s and Men’s college basketball, and the NBA Countdown family — the people who believed in me, encouraged me, pushed me, and lifted me up. Words are inadequate to express my boundless appreciation, and I hope to make them proud.”

It was reported last week by Front Office Sports that Maria was on the “half-yard line” with ESPN rival NBC Sports, where she could become an Olympic correspondent and host of “Football Night in America” as Mike Tirico transitions into the play-by-play spot.