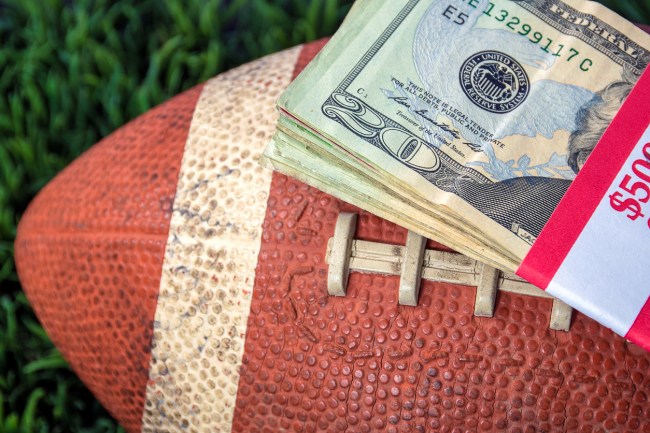 The NCAA generated over $1 billion in revenue in 2017 and the incredibly benevolent organization was kind enough to redistribute the wealth to the hard-working student-athletes that allowed them to rake in unholy amounts of dough.

Just kidding. They were too preoccupied shutting down fundraisers for a severely-injured athlete and suspending college baseball players for having the nerve to play fantasy football.

It’s hard to articulate just how terrible the NCAA is (although John Oliver did a pretty good job a few years back) but I’ll give it a shot anyway: the organization is essentially the equivalent of a strip club owner that tells his employees to dance for the love of the game and gets mad when they have the nerve to accept any money that might be thrown in their direction.

Blazer originally got in trouble with the SEC after repeatedly funneling money from his clients to offset other loses (which is basically what happened to Jimmy Cooper on The O.C.). After being arrested, Blazer decided to cooperate with the FBI and showed them how easy it was to funnel money to coaches and, in turn, players to get them to sign with him once they turned pro.

A number of basketball programs were impacted when the charges came to light, but according to Deadspin, it looks like the college football world might soon experience an earthquake of its own.

On Tuesday, Blazer appeared in court and dropped a bomb when he revealed he’d bribed athletes from some of the biggest programs in the nation, including Alabama, Michigan, and Notre Dame.

Today from the college basketball bribery trial government witness Marty Blazer said between 2010-14 he paid from several hundred to several thousand dollars to FOOTBALL players from:

You might want to start making popcorn now because you’re probably going to need a lot of it as this story continues to develop.