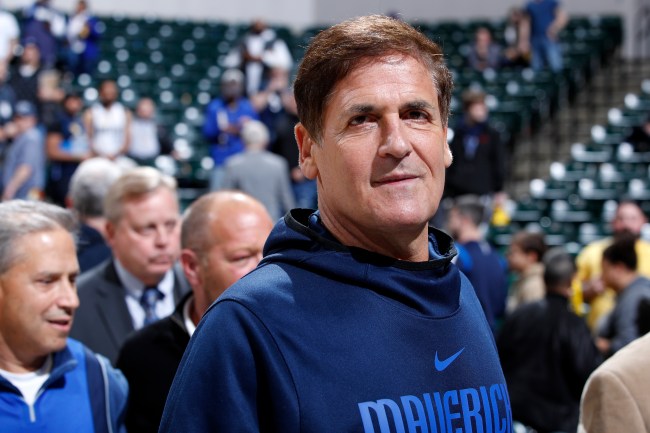 In the middle of Wednesday night’s Mavs- Nuggets game, Cuban said that he was going to set up a program for Mavs hourly workers to get compensated for their time off while the league went on hiatus.

Mark Cuban says he's going to put a program in place to take care of Mavericks concession workers and others making hourly pay who will lose work time due to NBA coronavirus shutdown pic.twitter.com/hbCWnMI8H5

On Thursday morning’s edition of ‘Get Up’ on ESPN Cuban was a bit more specific as how workers would be paid during the NBA’s suspension of play. According to Cuban, the Mavs would pay workers for the next 4 scheduled home games “as if they worked”.

Mark Cuban on @GetUpESPN plans to pay Mavs hourly employees for the next 4 Mavs games that were scheduled to be played "as if they worked" pic.twitter.com/p8UR4kqEZ2

The Mavs have only seven home games left on the schedule but there is no word on when the NBA would resume play and for how long.

Mavericks owner Mark Cuban just told us on @GetUpESPN that his expectation is that the NBA season will not be canceled – just postponed – and that he could could see NBA games going as late as August this year.

Cuban said in this kind of scenario, the league would play “7-8” regular season games to get players back in rhythm, then would go into the playoffs. (As of now, most teams have 18-20 left on their schedules.)
Obviously all speculative; Cuban said the NBA is figuring this all out https://t.co/qcTCb9ObIF

As of now no other NBA owner has commented about whether they would pay their hourly workers.