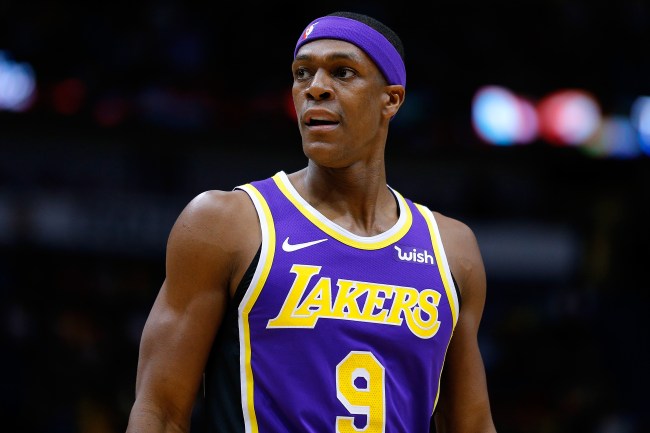 On Monday, Rajon Rondo joined Mark Jackson as the only players in NBA history to record a triple-double for 5 different teams–Celtics, Bulls, Kings, Lakers, Pelicans.

Jackson, now an ESPN analyst, evidently is salty about sharing the accolade with the temperamental point guard if his rant on Wednesday is any indication.

The dumpster fire Lakers were down 115-97 at home against the Denver Nuggets Wednesday night with just over 50 seconds left in the 4th when Rajon Rondo plopped down in the front row, a half-mile from the Lakers bench.

“This is some of the things. Look where Rondo was sitting. Unless he’s coming in the game, there’s no excuse for that,” the former Warriors coach said. “I live in LA, so I watch Lakers games. That can’t happen. For whatever reason, that can’t happen.

“The last game was Rondo and JaVale McGee. That cannot happen. That’s not a winning culture. He may be doing it for the right reason. There’s no right reason in my opinion. That’s unacceptable.”

After the game, Rajon Rondo defended his actions by saying it’s okay because he’s done it several times before this season.

Not exactly the result the Lakers wanted on a night when LeBron passed Michael Jordan for fourth on the NBA’s all-time scoring list.

The Lakers are currently 30-35 and sit in 11th place in the Western Conference. At this point, the odds of the Lakers making the playoffs are about as good as Ben Simmons hitting a routine jump shot.