Mark Wahlberg, Diehard Patriots Fan, Bailed On The Super Bowl In The Third Quarter And His Excuse Smells Like B.S. 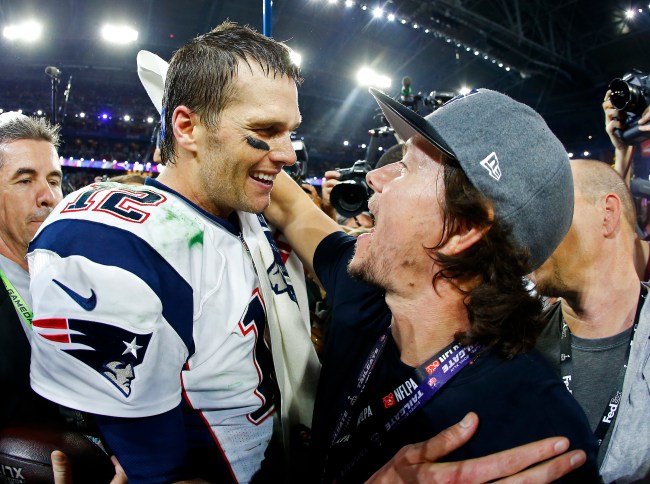 Mark Wahlberg has made more money profiting off his ‘I Am Boston’ persona than the GDP of many small countries. Ted, The Fighter, The Departed, Patriots Day, Ted, 2, The Perfect Storm–Wahlberg is to the city of Boston what deep-dish is to the city of Chicago or what a guy named Chad who vapes and considers himself a ‘master mixologist’ is to the city of Los Angeles.

So it was no surprise that Mark and his family traveled to Houston to watch Tom Brady and the New England Patriots pull off the greatest comeback in Super Bowl history to best the Atlanta Falcons 34-28. What was a bit surprising was that Wahlberg wasn’t there to see it.

Wahlberg and his family peaced when New England was trailing 28-3 with a little over two minutes remaining in the third quarter. At that point, a Patriots comeback was about as likely as a Cleveland Browns road win. It’s not irrational to think that a lesser fan who’s so financially well off that taking his entire family to the Super Bowl is the equivalent to you and I taking our family to Chili’s would bail early to beat the traffic. Instead of Wahlberg coming clean and admitting that he couldn’t bare to see his team getting mushroom stamped for another quarter, he blamed it on his poor kid.

The kid, Mark, really. Both of those kids are walking out on their own power. Look fine to me. And even if one of them is sick, I’m kind of disappointed in Wahlberg’s submissive parenting. This is the guy who beat up store clerks as a teenager and shit. He’s going to let his kid leave a game that most American’s would kill a man for because he has a tummy ache? Soft. Participation trophy soft.