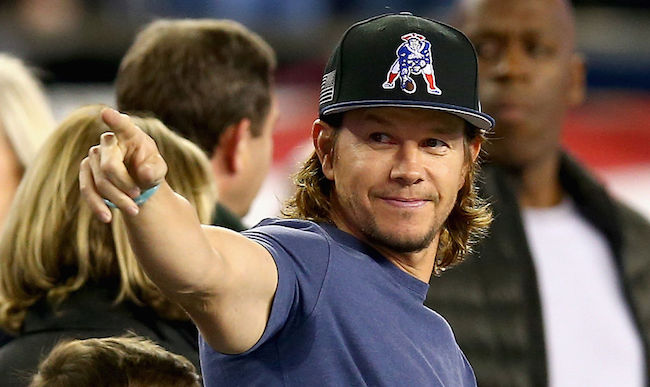 Last year, archetypical Masshole Mark Wahlberg had plenty of people questioning the status of his Patriots Nation citizenship when he decided to leave Super Bowl LI just before the New England Patriots mounted their historic comeback against the Atlanta Falcons on the way to their fifth Lombardi Trophy. Wahlberg initially said he departed early because his 8-year-old son “wasn’t feeling well” before eventually revealing “wasn’t feeling well” was a euphemism for “was throwing a profanity-filled tantrum in a luxury suite.”

Walhberg will take a break from filming his newest movie to travel to Minneapolis on Sunday to watch his Pats take on the Philadelphia Eagles, but based on a recent interview on Rich Eisen and Suzy Shuster’s Not Just Sports podcast, the actor won’t be too torn up if New England fails to win another championship.

Marky Mark says he’s expecting a Patriots blowout, but the Dorchester native admitted he’ll be just fine if the Eagles manage to pull off the upset:

“To be honest, I think the Patriots win by 17. But if the Eagles win I am telling you I would be fine. If it was anybody else I would be devastated.”

Wahlberg said he’s had an especially close relationship with the city of Philadelphia ever since he portrayed Vince Papale in the New Kids on the Block movie more commonly referred to as Invincible, which does not get enough shit for opting to go with a terrible play on words inspired by the lead character’s name when picking a title.

I can only hope his comments don’t make the people of Boston add Wahlbergers to the list of things they’re boycotting.