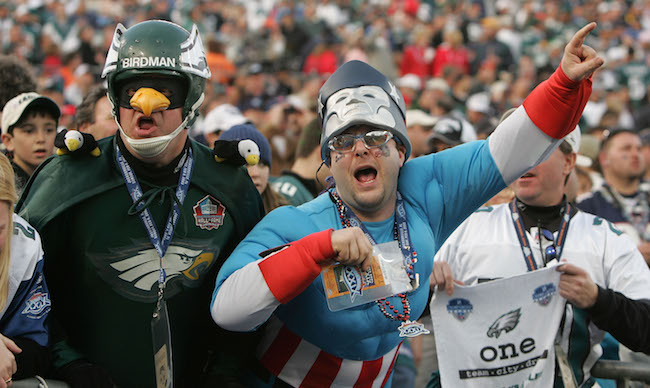 Next weekend, the New England Patriots will head up to Minneapolis while almost the entire country rallies around the Philadelphia Eagles in the hopes they can be the Paris to the Pat’s Achilles in Super Bowl LII (I’d like to give a shoutout to my middle school’s Greek mythology unit for making this analogy possible). It’ll be over a week until the two teams engage in a battle for football supremacy, but fans in Boston and Philly have already gone to war.

Over the past week, supporters of each team have rolled out a number of bans and boycotts of a wide variety of exports made famous by the other city in an increasingly petty culture clash. Here’s a list of the things that have been prohibited so far— a list which will undoubtedly grow as the Super Bowl gets closer.

Philly’s Dotties Donuts— who garnered a fair amount of attention after selling grease pole donuts in the wake of the Eagles’ victory against the Vikings—  kicked things off earlier this week when they announced they’d stopped selling Boston Creme Donuts in their store, and it was only a matter of time until a bakery outside of Boston decided to return the favor.

Montilio’s Baking Company in Brockton made the decision to switch to another cream cheese supplier this week when they banned the ubiquitous brand from the store despite the fact that it’s not actually made in Philly.

Never let the truth get in the way of a good story.

Basically Everything From Philadelphia

The association charged with managing the 3.5-mile Esplanade that runs along the Charles River in Boston decided to institute a ban on essentially everything associated with Philadelphia— a list that includes:

Boston’s Craft Beer Cellar pulled Evil Genius beer from their shelves before announcing they wouldn’t be selling anything brewed in the city until after the Super Bowl.

Craft Beer Cellar Fenway will not be selling any Philadelphia beer now until February 5th. pic.twitter.com/C9oOjACZCD

On Thursday, Philadelphia’s Museum of the American Revolution announced they’d be temporarily changing the name of their “Patriots Gallery” to a more appropriate (but still patriotic) one.

In the words of Emporer Palpatine: “Good. Good. Let the hate flow through you.”