Marlins Fan Grabs Game-Tying Home Run Ball Off The Ground, Drops It In His Beer And Chugs 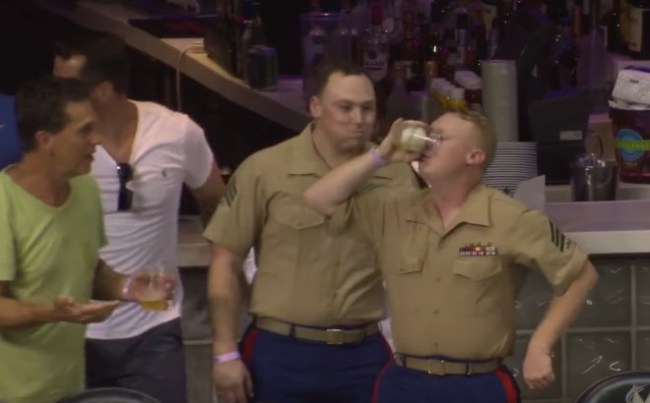 This is certainly a new take on the Home Run Beer Chug, one of the best highlights in sports. It’s when a fan catches a home run ball using his/her beer and chugs the beer in celebration. You can see a great example of this here. We see these highlights every season but they almost always involve the fan catching the ball in the beer, until now.

Last night, Starlin Castro led off the 7th inning for the Miami Marlins by hitting a 1-run game-tying home run against Brewers pitcher Josh Hader. The Marlins would go on to win the game in the 10th inning, but not before this U.S. Marine out in his Blue Dress chugged a beer on camera. Unlike most of these fan beer chugs, this dude didn’t catch the ball. Instead, after Starlin Castro’s game-tying home run came flying at his head he picked the ball off the ground, dropped it in his beer, and chugged it like a champ:

Sports fans can hate on baseball all they want but this could NEVER happen in Soccer, the ball’s too big. Same with football and basketball. It could happen in hockey but it’s unlikely with all the nets these days. Also, you have to love the look on that other’s guy’s face to the left. Watching him chug that like ‘man, what the hell are you doing? I was going to sell that on eBay and now it’s ruined!’