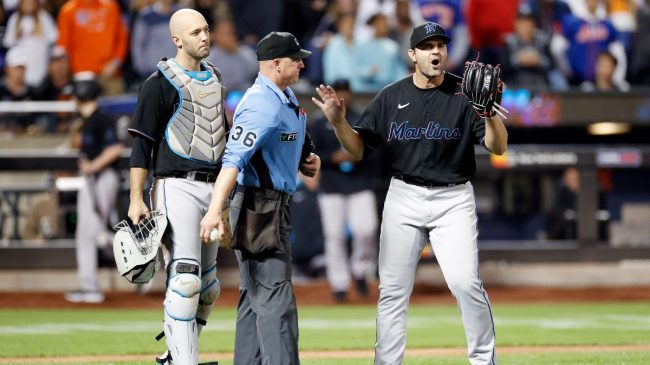 The Miami Marlins held off the New York Mets to earn a 6-4 win late in the regular season. However, there was plenty of drama late in the game, as pitcher Richard Bleier made history on Tuesday night. And not the kind of history an MLB player would want to be remembered for.

Before this game, Bleier had never balked once in his career. That all changed against the Mets, as the Marlins pitcher recorded three balks in the same at-bat. According to ESPN Stats & Info, Richard Bleier “is the only pitcher since 1900 to balk 3 times in the same at-bat.”

Last night, Marlins pitcher Richard Bleier became the 7th pitcher to ever balk 3 times in the same inning and the first since Jim Gott did it in 1988, also against the Mets.

Per Elias, he is the only pitcher since 1900 to balk 3 times in the same at-bat. pic.twitter.com/P482crsE9s

It was a somewhat controversial call, as Marlins manager Don Mattingly had a tiff with the umpire. To make matters worse, Richard Bleier balked in a run as well. So the Mets received an easy run, jeopardizing Miami’s chances of winning the late-season game.

All three of Richard Bleier Balks… 3 balks in one AB… Never balked in his life… 3 balks in 5 pitches… Balked in a run pic.twitter.com/jqtw88aBbx

It was a brutal evening for Richard Bleier, to say the least. Regardless, the Marlins are out of the playoff race, so it’s not like their postseason hopes were on the line. Even so, it’s kind of hilarious to see three balks called in the same at-bat for the first time in the MLB in 100 years. Many are going back and forth on the call as a whole. So, what do you think? Are the calls justified or not?