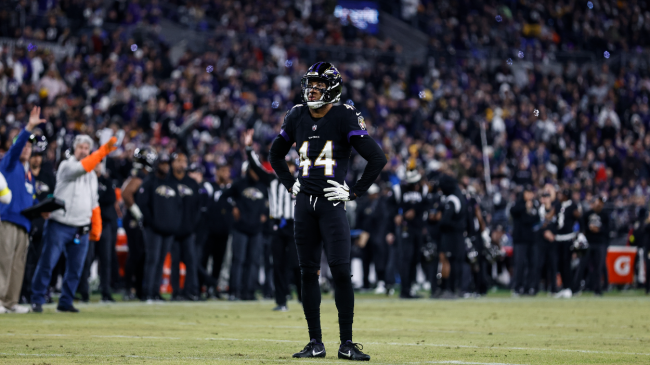 Marlon Humphrey is blaming his sister for the Ravens’ playoff loss to the Bengals over the weekend. The star defender took offense to comments she recently made on social media.

Those remarks were targeted at a Cincinnati player who had a huge impact on the game. Humphrey responded to the online message on Monday afternoon.

Humphrey’s sister, Breona, tweeted a message Monday about Bengals defensive end Sam Hubbard. Here’s what she had to say.

Hubbard, of course, had the play of the game in the wildcard round for the Bengals, picking up a Tyler Huntley fumble and returning it 98 yards for a score. That touchdown gave Cincinnati a 24-17 lead, and it would ultimately be the difference in the game.

Marlon Humphrey jokingly responded to his sister’s comment on Hubbard in disgust.

See this why we lost right here. It be your own flesh and blood😑I want emancipation https://t.co/mvlFa8Znwb

Humphrey says he wants emancipation after his “own flesh and blood” was seen siding with the enemy. The rebuttal caused quite the reaction on Twitter, and even garnered a response from Breona.

The damage has already been done.

While Marlon is an NFL star and former national championship winner at the University of Alabama, his sister is no scrub. She was a college athlete in her own right, running track and field for UAB between 2012 and 2015.

The two are obviously making light of a tough season-ending loss for the Ravens, but this might make her reconsider complimenting the opposing side’s players in the future.