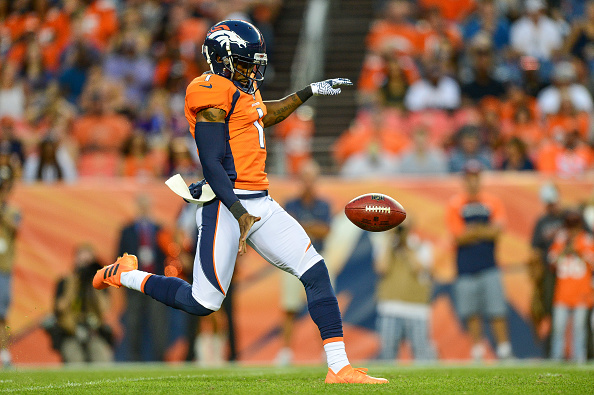 During the offseason Raiders head coach Jon Gruden shocked the NFL world when he decided to cut Pro Bowl punter Marquette King out of the blue.

There were whispers of King’s personality not clicking with Gruden’s. I should have listened better. Coach didn’t want to spend a lot of money on punter who gets personal fouls. #Raiders

King, who eventually signed with the Broncos, acted coy when he was asked about Gruden this week before Denver’s game against the Raiders.

Is King looking forward to the game against his former Raiders?

“I’m looking forward to every game,’’ he said.

King is a pleasant, soft-spoken, even shy type.

You’re not going to give me anything, are you Marquette?

He smiled and shook his head, no.

Am I wasting my time?

After the Broncos beat the Raiders in a nail-biter of a game, King tweeted a video of a Chucky doll stuffed with dollar bills which is clearly a shot at Raiders coach Jon Gruden.

Oh, now you know who Jon Gruden is?