Marshawn Lynch Will Reportedly Join The Oakland Raiders Next Year, Pending A Physical 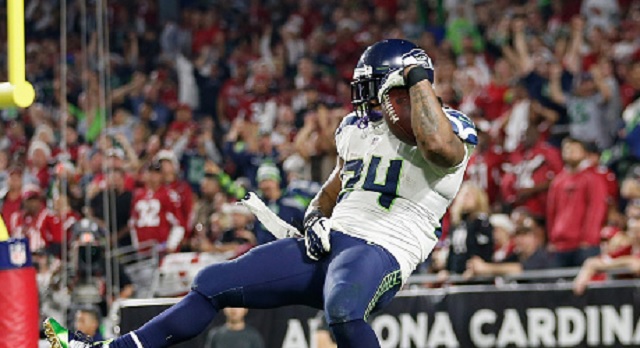 Beast Mode is back. Most likely.

The rumors circulating about Marshawn Lynch’s want desire to play for the Oakland Raiders looks to be coming to fruition, pending a physical that is scheduled for today. Lynch is currently flying home from his trip to Haiti, where he and his former Seahawks teammates Cliff Avril and Michael Bennett have been touring the country to help build schools and houses.

The Seahawks have agreed to trade the rights to the 31-year-old running back and the two teams will reportedly swap late-round selections. Lynch’s representatives have agreed to a one-year deal that has a base salary of $3 million and a max value with incentives of $8.5 million, including an extra $2 million more if he gains 1,000 yards, NFL Network reported. Lynch last played in the NFL during the 2015 season with the Seahawks and rushed for 433 yards and three touchdowns in just seven games.

Beast Mode met with the Raiders on April 5 and expressed his desire for his hometown team, as he grew up in Oakland and played his college ball at nearby Cal.