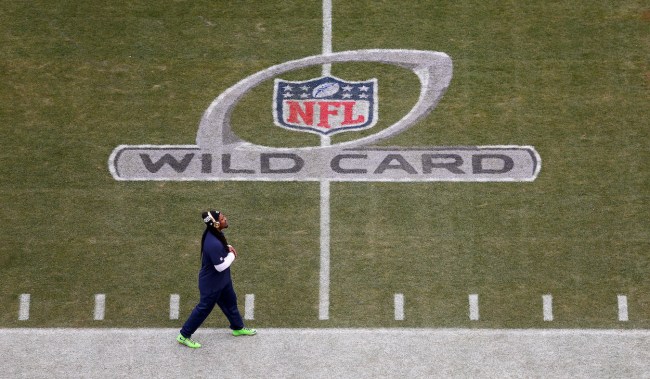 Since being a Jets fan is akin to willing placing an everlasting demonic curse upon yourself, I, obviously, have no team to root for the playoffs this year. Luckily, I’m used to it, as the New York Jets haven’t made the playoffs since 20-fucking-11. No big deal. Just a decade of incompetence. It’s fine. Fucking Johnsons. This is why I watch soccer now.

Anyway, due to this seemingly neverending lack of rooting interest in teams, every year when the playoffs do roll around, I find myself rooting for various players instead (or against Tom Brady, Darth Belichick, and the New England Patriots, both work).

The Seahawks made this method of fandom much easier for me this year, as they added future Hall of Famer and team legend Marshawn Lynch to the roster for their playoff run after losing star running back Chris Carson to a season-ending injury.

Knowing that Beast Mode is a walking highlight clip — both when he’s on and off the field — the NFL predictably mic’d up the former Super Bowl champion for last Sunday’s Wild Card Playoff game against the Philadelphia Eagles, and the results are as delightfully Marshawn-y as you could imagine.

The Seattle Seahawks quest for their third Super Bowl appearance during the Russell Wilson era continues on Sunday when they head up to Green Bay to take on Aaron Rodgers and the #2 seed Packers. And hopefully, if they get there, this time they’ll just give Marshawn Lynch the fucking ball.