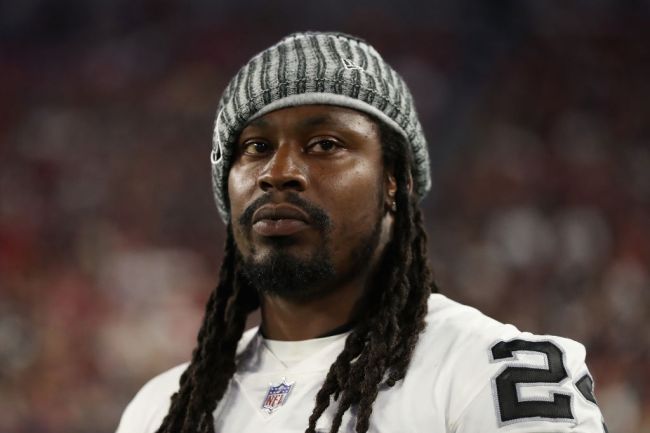 Marshawn Lynch is one of the most entertaining athletes in the history of sports. The former Super Bowl champ and five-time Pro Bowler was a menace on the field, but it’s his persona off the field that everyone has truly come to love. The man is just pure entertainment.

So it should come as no surprise that when Lynch joined The Pat McAfee Show some exceptional stories were told and many laughs were had, but one story stood out above the rest.

McAfee asks the simple yet brilliant question of ‘what’s the craziest shit you’ve seen in your life?’ Nobody expected Lynch to start telling a story about poop and dope fiends, but that’s the direction he went.

“I had got the restaurant, which I’m in right now, and when we first got it, I would come in here, and I would clean up and go outside in the front, sweep up,” Lynch told McAfee. “One morning, I got up here, and I noticed, ‘Damn that’s a funky-ass smell.’ I looked to the side of my front door, and it’s a big ass pile of shit. I’m talking about human shit. It was right on the side of the door.”

“I can’t be in here serving food, and motherfuckers come walk in and they smellin’ straight ass cheeks when they come in here, like, ‘I don’t think that’s the restaurant I need to eat in.’ So, man, I get the water hose, and I’m hosing it down. We got a couple dope fiends that usually walk back [and forth] up in front. One of them owned up to it, and I said, ‘Well, look, man, check it out, so you don’t do this no more, you come by here, and we get you a broom. You help us, we help you.’ I put a proposition together for him, and I ain’t cleaning up shit no more.”

This story has a lot going on, and it’s all fantastic.

For some reason, it’s so easy to picture Lynch out in front of the restaurant one morning, cleaning things up, turning around, and seeing a pile of human feces there to greet him on the door. You have to give him props for grabbing the hose and cleaning it up himself and then thinking ‘hey, maybe it was one of those dope fiends that’s always walking around here.’ And while he told the guy he wasn’t going to use his door as a toilet anymore, he took it a step further and gave the man a chance to make a few bucks by cleaning up the street? I mean, come on, Lynch is the best.

Check out Lynch telling the story below (5:00 mark) and McAfee absolutely losing it with laughter.